“Fire Strike is a showcase DirectX 11 benchmark designed for today’s high-performance gaming PCs. It is our most ambitious and technical benchmark ever, featuring real-time graphics rendered with detail and complexity far beyond what is found in other benchmarks and games today” 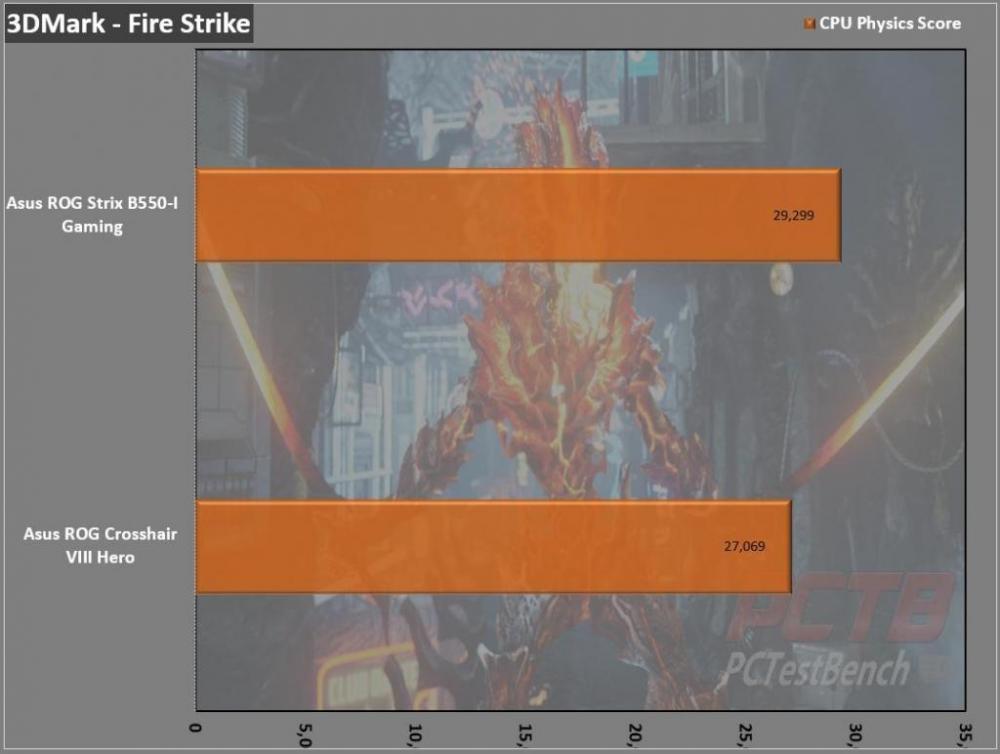 “3Dmark Time Spy is a new DirectX 12 benchmark test for Windows 10 gaming PCs. Time Spay is one of the first DirectX 12 apps to be built “the right way” from the ground up to fully realize the performance gains that the new API offers. With DirectX 12 engine, which supports new API features like asynchronous compute, explicit multi-adapter, and multi-threading, Time Spy is the ideal test for benchmarking the latest graphics cards.” 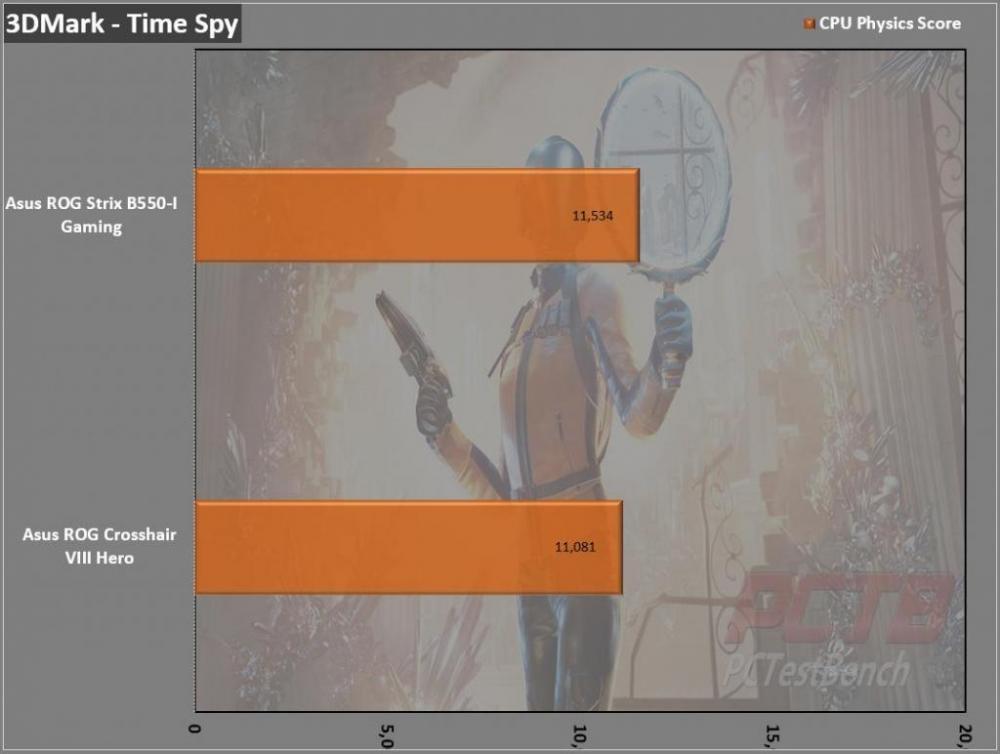 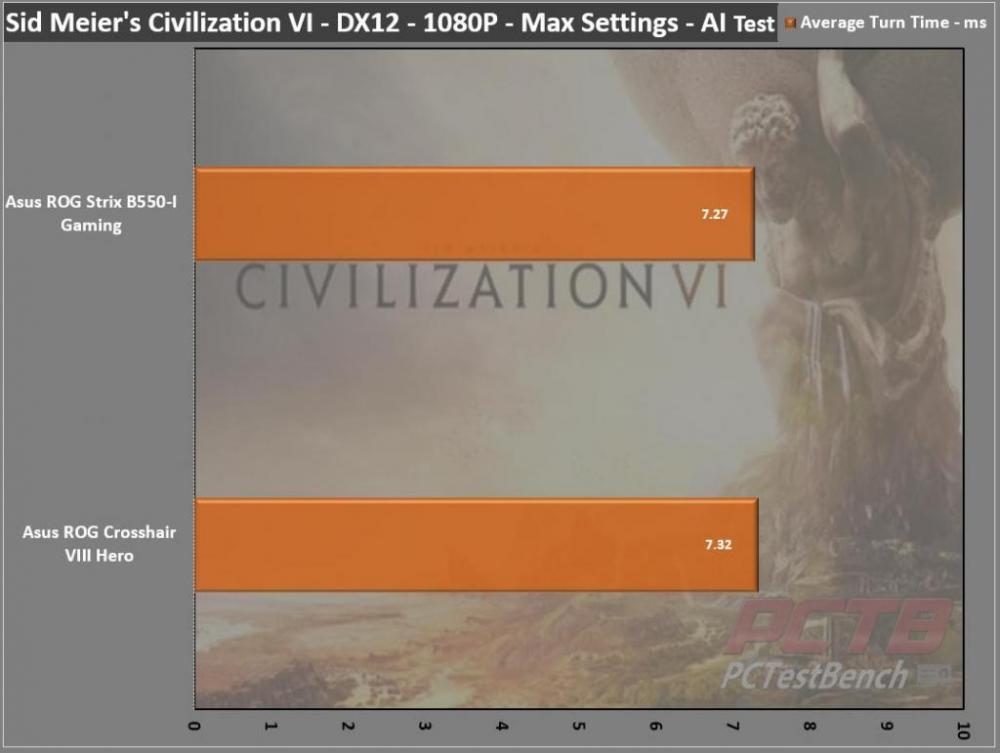 On our first game test, the ROG Strix B550-I Gaming holds a very small lead over the Crosshair, like 0.05ms faster. I’m not sure what that works out to, maybe one frame faster over the couple of minute test? Either way, it’s pretty insignificant. 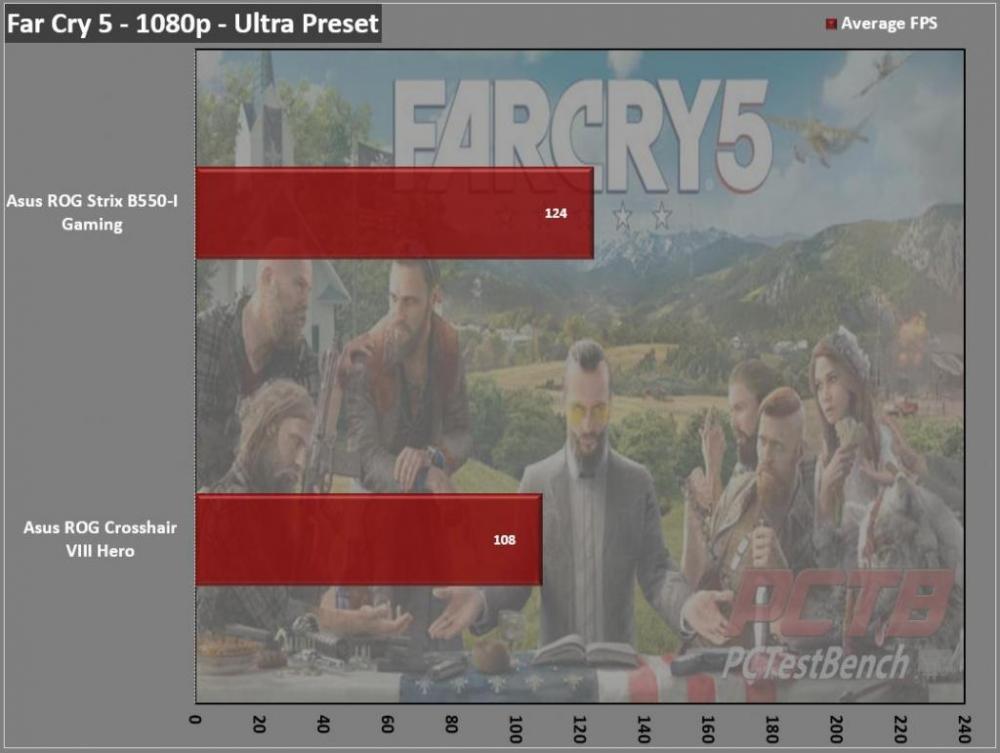 Far Cry 5 can be demanding on a CPU, but this is a bit wider gap than we expected. 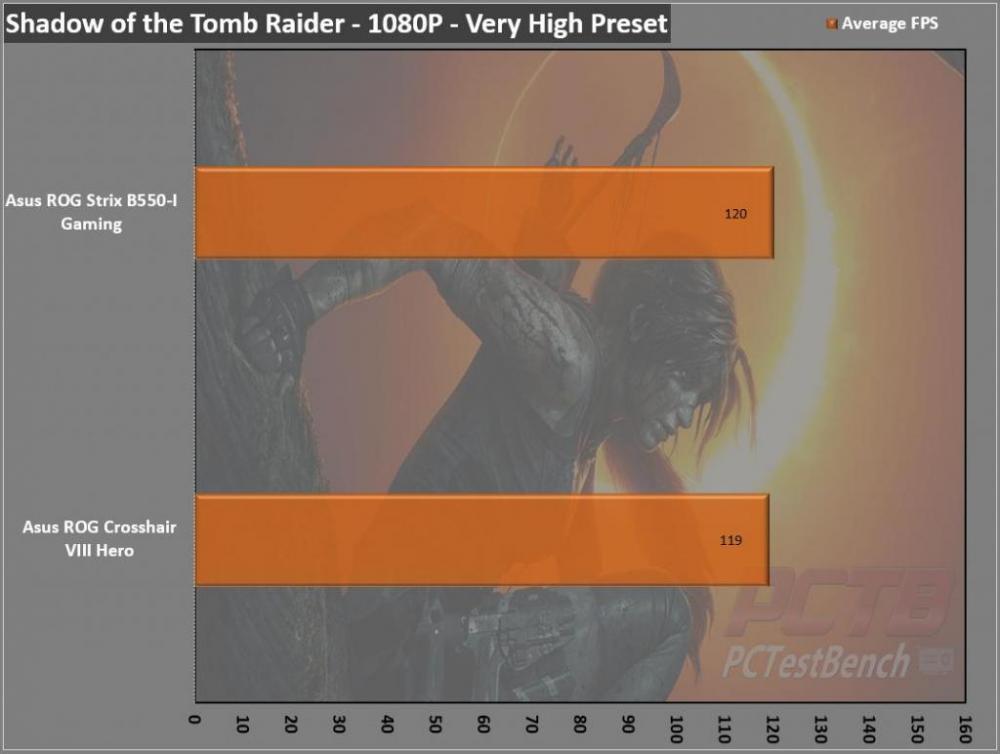 Shadow of the Tomb Raider is about a wash, the Strix does technically take the lead here, but it’s only because of a rounding difference over a fraction of an FPS on average. 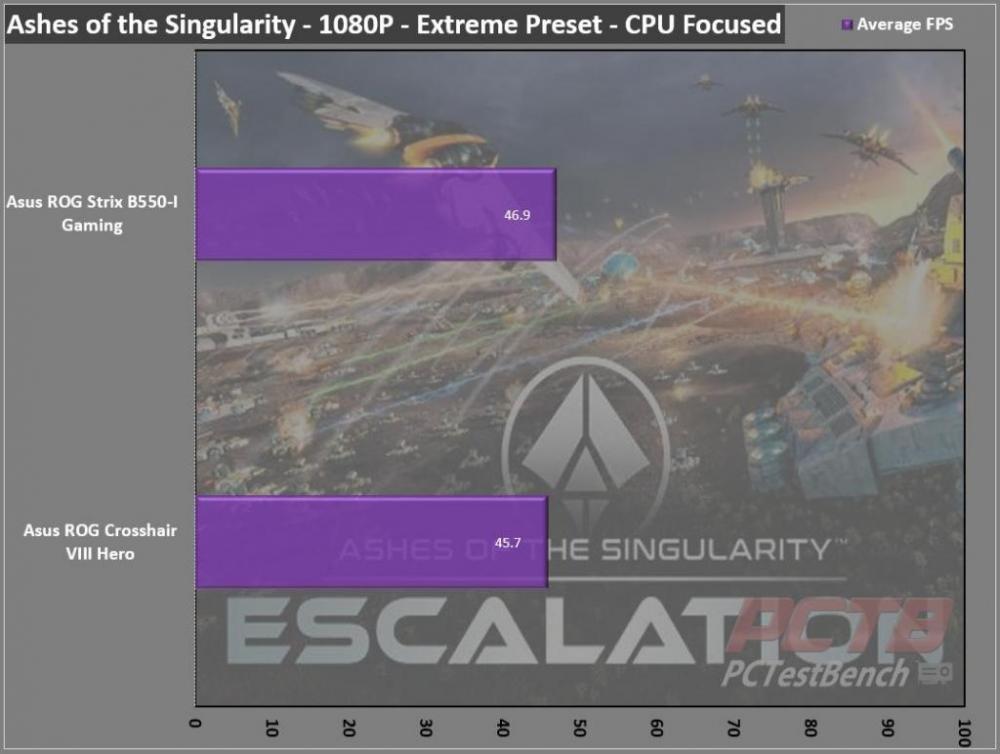 Ashes of the Singularity favors the Strix B550-I Gaming by a couple of percents.