A Closer Look at the ROG Strix B55-I

The Maximus XII Hero Wi-Fi flips the table and is mostly black with some red accents with lots of subtle details. The rear of the box has a picture of the board in the center, all lit up, with specs and features surrounding it. Opening the box up, we are greeted with a large red ROG eye and the message ‘Welcome to the Republic’. The Maximus XII Hero Wi-Fi is fully visible under the clear protective cover in its own tray. 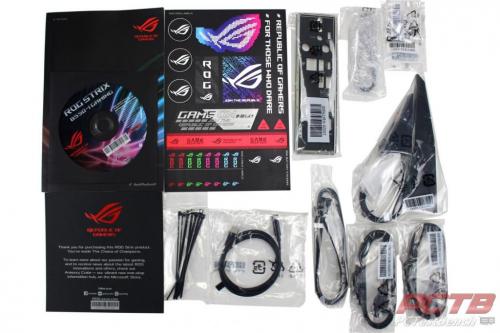 Like most ROG boards, the pile of accessories in the box is pretty immense. You get the following inclusions: 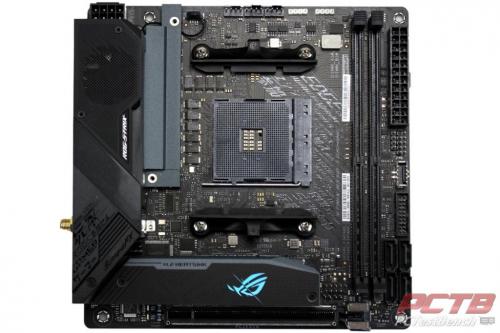 ASUS’s ROG Strix B550-I Gaming is a tiny Mini-ITX board. AMD’s AM4 socket and cooler mounting take up a good chunk of the middle of the board. Two DDR4 DIMM slots support up to 64GB of DDR4 with overclock speeds well north of 5GHz. Most of the rear I/O is covered and the VRM heatsink ties into it. You can see the subtle fan grill on it with a tiny cooling fan under it. The ROG eye logo does not light up, it’s just the angle of the camera causing it to look like it’s glowing blue. 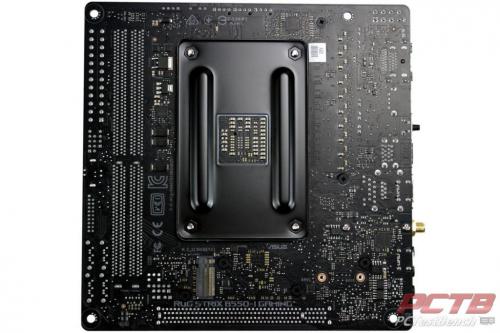 The rear of the board has several chips scattered around the 8-layer PCB, but the biggest note here is the second M.2 slot, supporting SATA as well as PCIe 3.0 drives up to 80mm long. 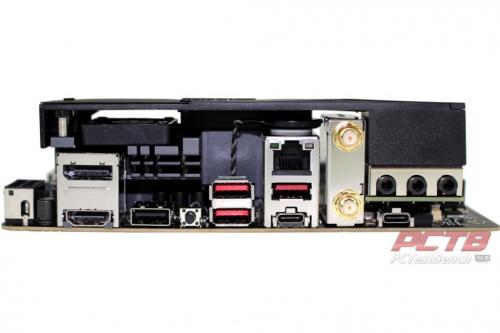 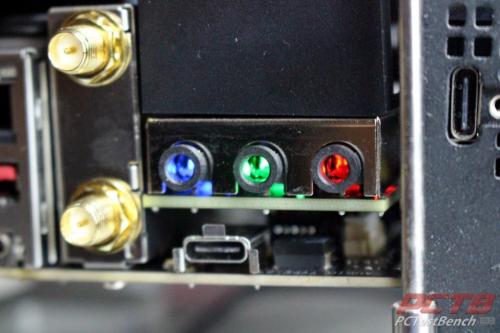 Once connected to power, the three analog audio ports glow with internal LED’s. 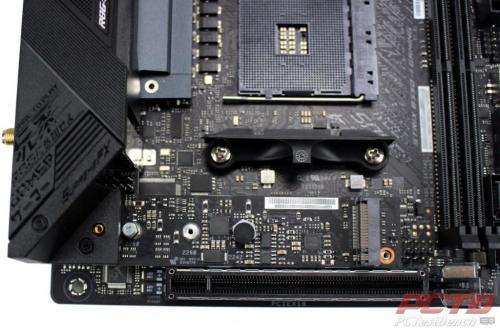 The bottom edge of the board only really has the PCIe 4.0 x16 slot for your main graphics card. Above it on the stack is your primary M.2 slot that supports SATA as well as PCIe 4.0 drives. A front panel audio header is tucked quietly back between the M.2 heatsink and rear I/O cover. A USB 2.0 header sits between the M.2 and DIMM slots, as well as a CMOS clear jumper and a thermal probe header. 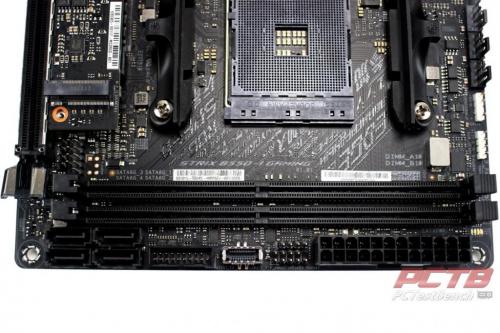 The front edge is very busy. There are four SATA ports, a front panel USB 3.0 and a Type-C header, standard front panel I/O, and the 24-pin main power connector. The ‘reset button’ part of the header supports ASUS’s FlexKey configurable input. There is no room for a diagnostic readout, but there are color-coded LEDs in the corner to help. 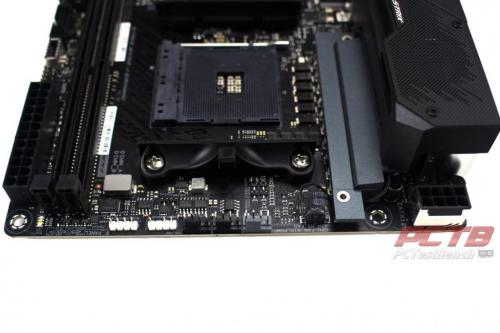 The top edge of the board has two RGB headers, a trio of fan headers, all rated at 1A, and the EPS 8-pin power connector for the CPU. 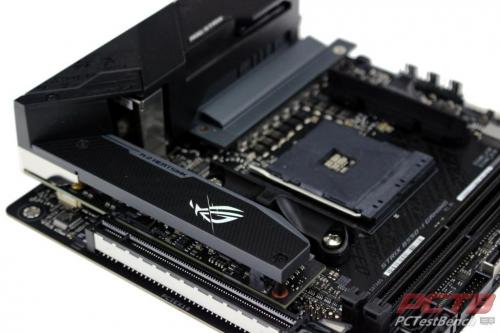 ITX form-factor sure doesn’t give you much real estate, so, like many land-locked cities, ASUS has gone vertical with things. Right above the B550 chipsets heatsink, sits the SupremeFX Audio system. Your primary M.2 drive slots in right above that, and a large heatsink covers it all up. 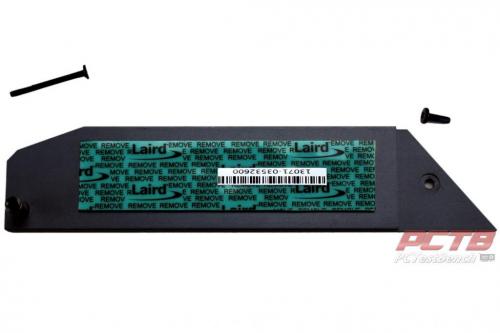 Like all of ROG’s integrated M.2 heatsinks, the one on the Strix B550-I Gaming comes with a thermal pad pre-applied. Just peel the green film off before you close it back up. 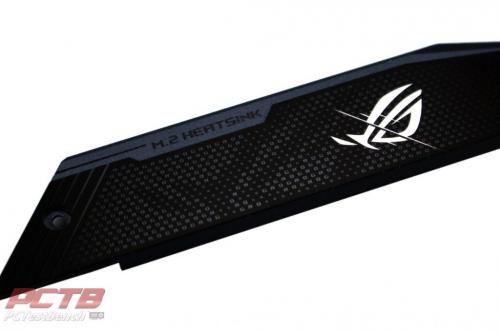 It’s a bit hard to capture on camera, but the entire surface is printed in a repeating pattern of ‘ROG’. Some of the letters change size to make a sort of phantom ROG Eye pattern. It’s subtle, but it’s a nice touch.