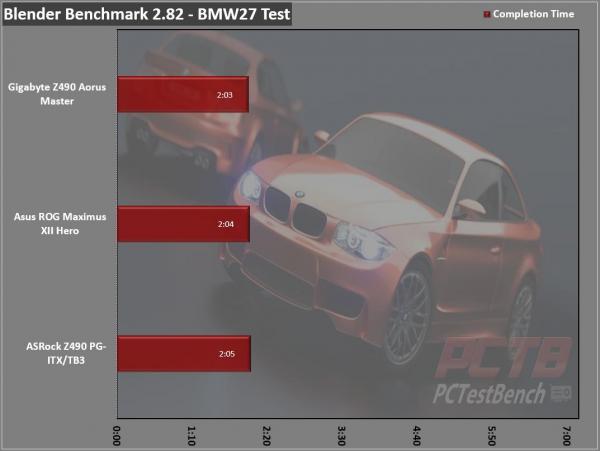 Our Blender render comes in at 2 minutes and barely over 5 seconds, very close to the rest of the boards. 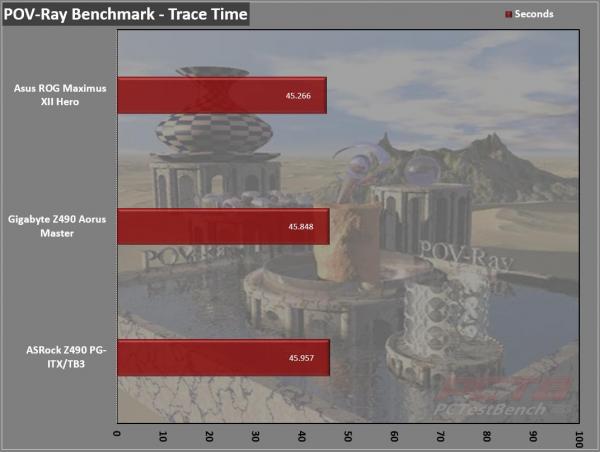 POV Ray’s standard benchmark comes in a fraction of a second behind the leader, but the spread here is very small.

The benchmark shows a rating in MIPS (million instructions per second). The rating value is calculated from the measured speed, and it is normalized with the results of the Intel Core 2 CPU with a multi-threading option switched off. So, if you have a modern CPU from Intel or AMD, rating values in single-thread mode must be close to real CPU frequency. There are two tests, compression with the LZMA method and decompression with the LZMA method. Once the total passes reach 50, the score is taken 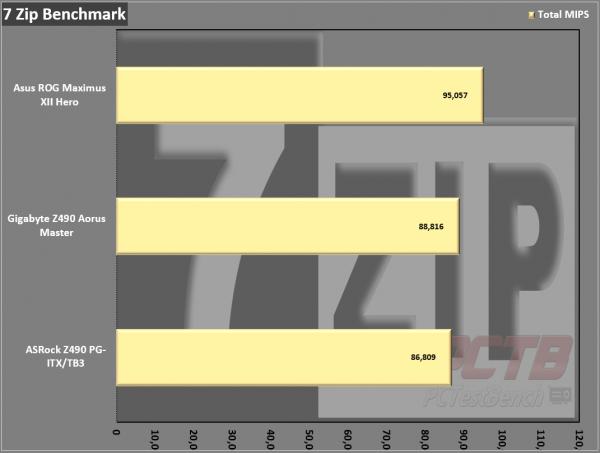