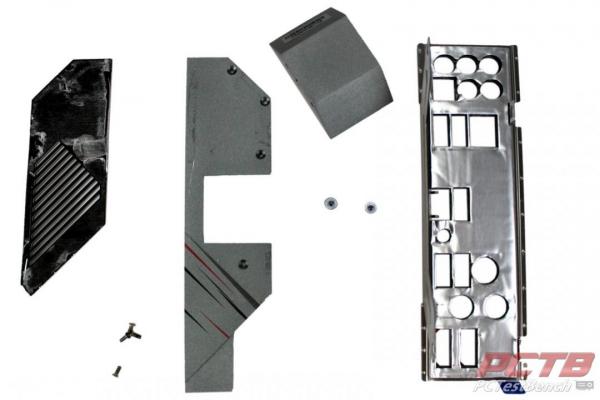 Getting all the covers off is quite an involved process, and given that you have to peel the cover plate off of its double-sided tape covered home to even get started, we don’t recommend doing this yourself. 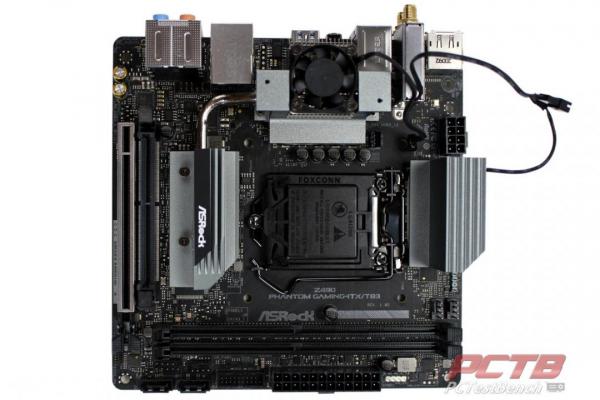 With all of that out of the way, we can start to get a look at the board. There is quite a pile of fan wiring for the actively cooled VRM heatsinks but it all goes back to one header. 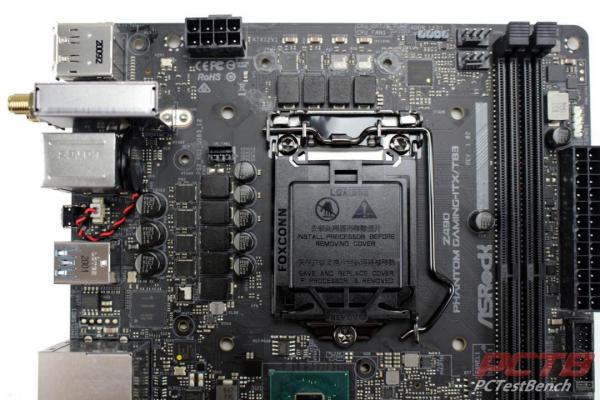 The CPU socket is driven from a 9-phase VRM set up in what appears to be a 6+2+1 setup for Vcore, VCCIO, and VCCSA. 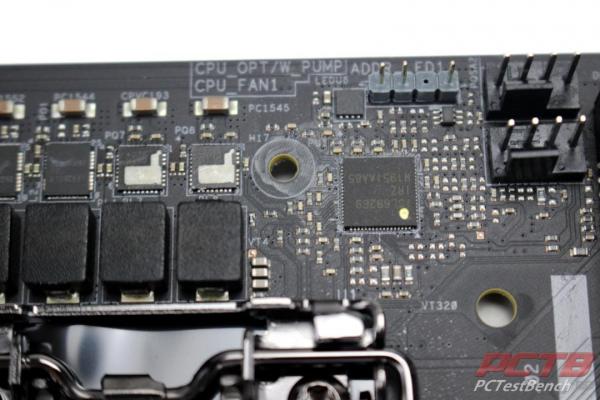 The VRM is controlled from an Intersil ISL69269 PWM controller. 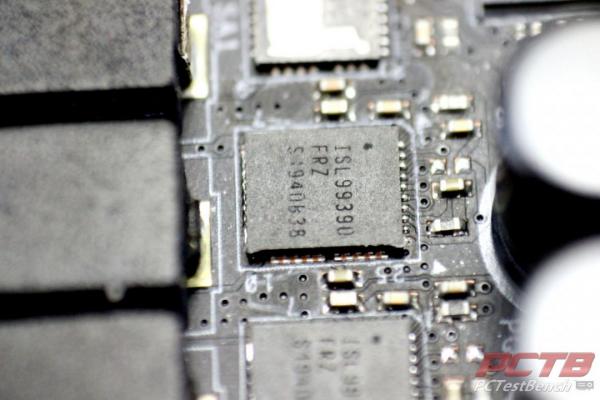 The power stages themselves are 90A rated Digi-power Intersil ISL99390 smart power stages. 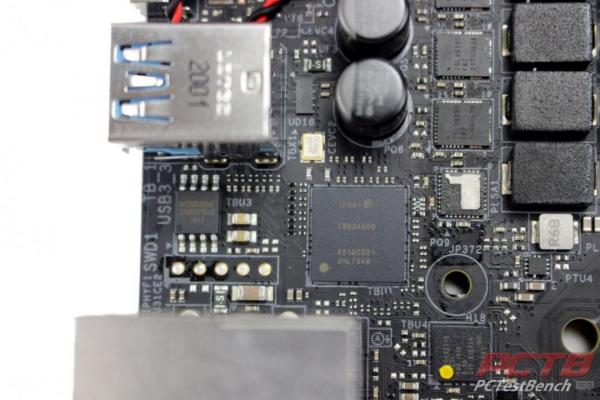 Back near the I/O is Intel’s T803A900 Titan Ridge Thunderbolt controller. This controller is capable of supporting dual Thunderbolt 3 ports, but ASRock only puts one to use here. 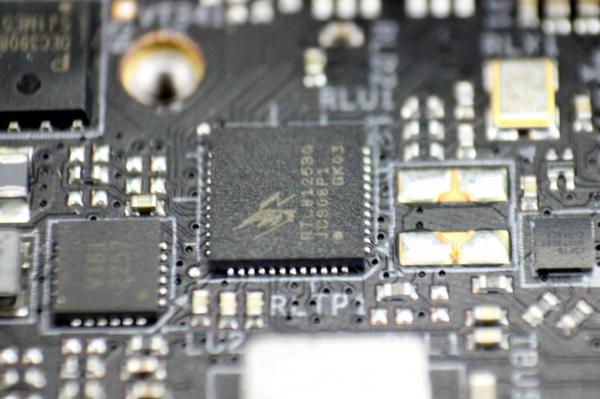 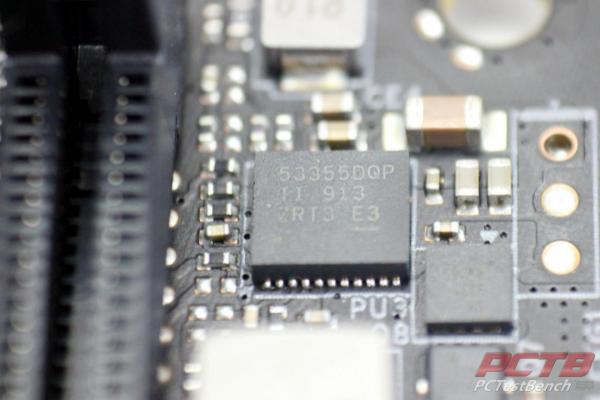 A single memory phase is provided by a Texas Instruments 53355dqp 30A Synchronous Buck Converter.