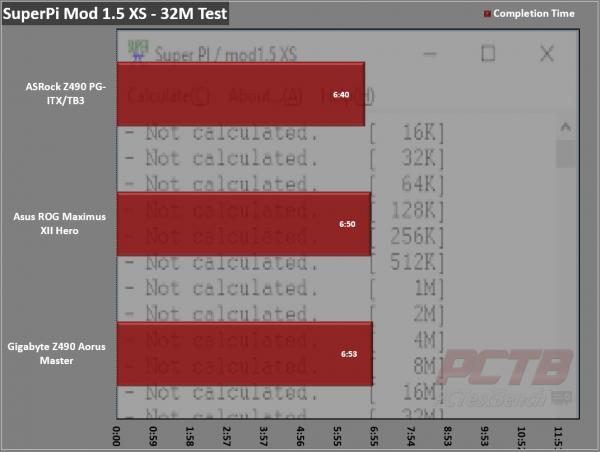 In this single-threaded test, the 10900K stays pegged at 5.3GHz the entire time which results in the fastest stock speed here we’ve seen to date.

We again see a single thread just blast ahead at full tilt for minutes on end for a killer score, but with all ten cores in play, it falls back to second place.

The same trend continues under Cinebench R20, but sustained all-core use certainly falls back to 4.9GHz around Intel’s standard time as expected. 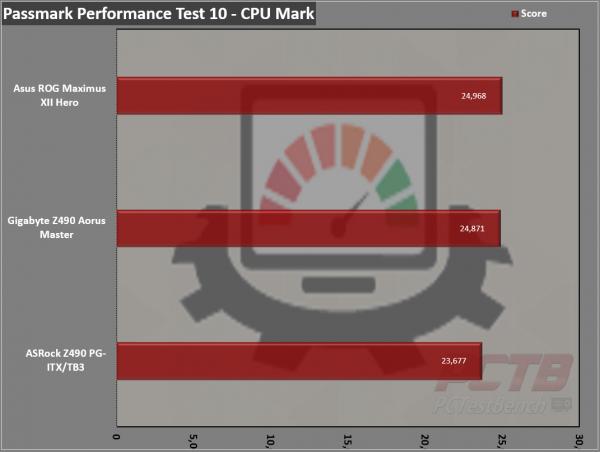 Passmark’s full system test comes in a few points behind full-sized boards, with around 1k fewer points on the overall score. 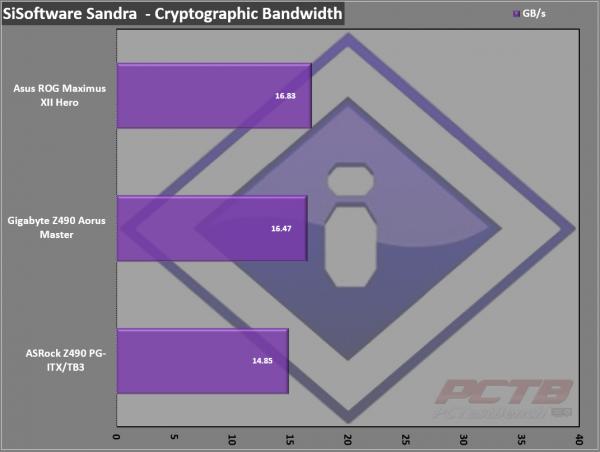 Sisoft registered about 1.5GB/s less on CPU based cryptographic bandwidth as well, another all-core test.

Blackhole runs a single-threaded test, a four threaded test, and an all core. The Phantom Gaming ITX/TB3 knocks it out of the park on the first two tests and does decently on the all core test for a mid-place run.