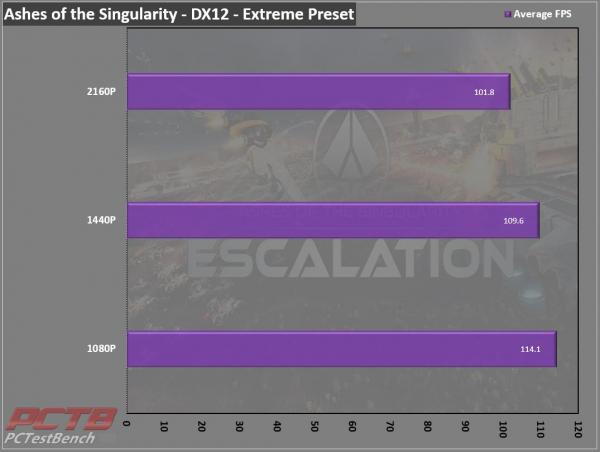 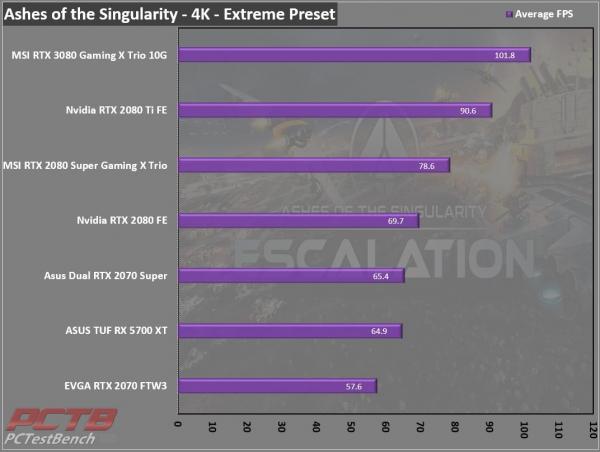 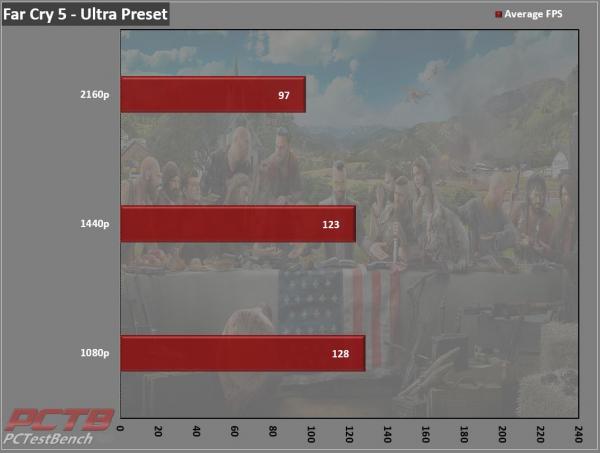 The 1080p and even 1440p don’t see much gain here, but that’s actually because our Ryzen 9 3900X is getting 2 cores pegged out at lower resolutions and is bottlenecking the 3080 Gaming X Trio. A good overclock or an Intel CPU that can sustain 5+ GHz here would see a much higher score at low resolution. 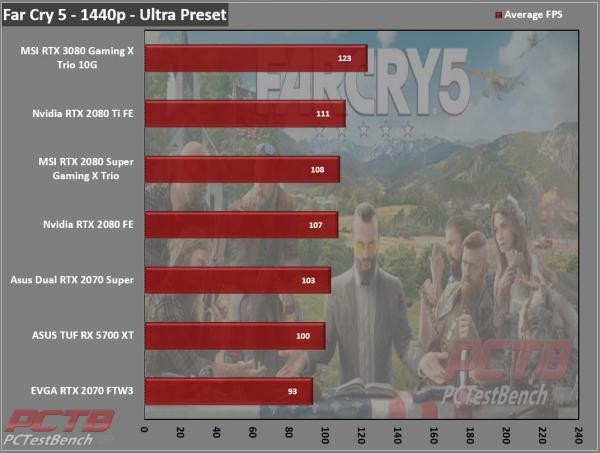 As Far Cry 5 isn’t extremely demanding, many people play at 1440p. The RTX 3080 Gaming X Trio leads easily here, but again, the card is overpowered in this game for this CPU and is limited in performance. 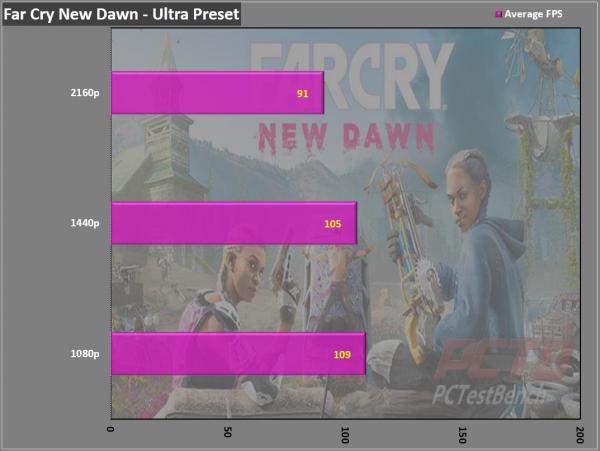 Even in the newer title, we again see such a powerful card causing a CPU bottleneck at a lower resolution. 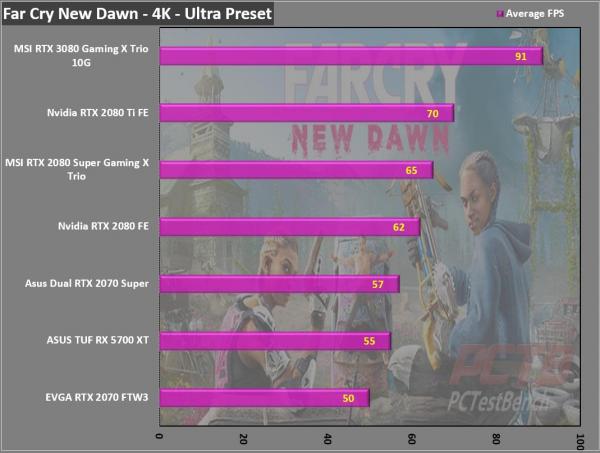 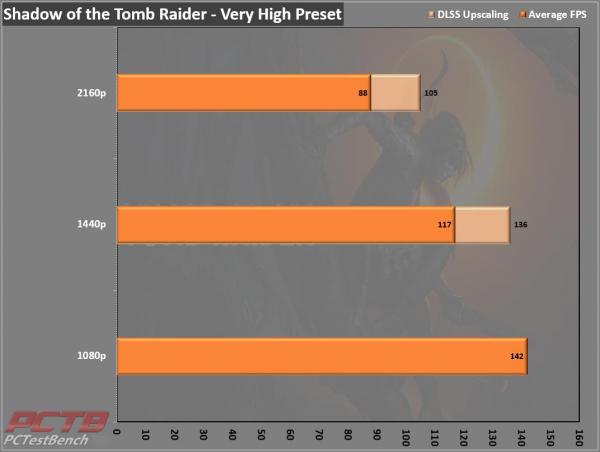 MSI’s RTX 3080 Gaming X Trio is more than capable of maxing everything out in 4K with awesome frame rates, but if you are one of the few who has a high refresh rate 4K monitor, DLSS will let you put an even bigger dent in it. 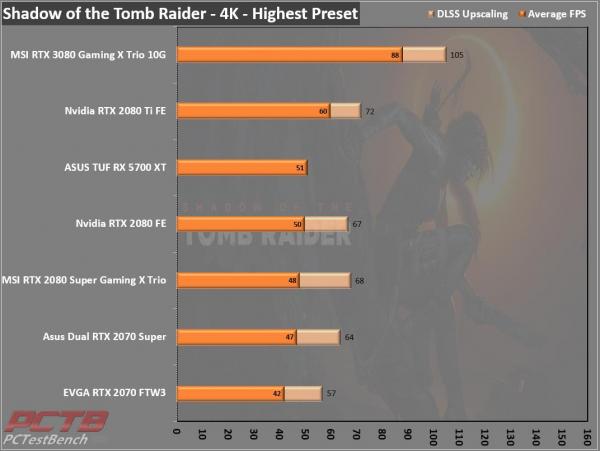 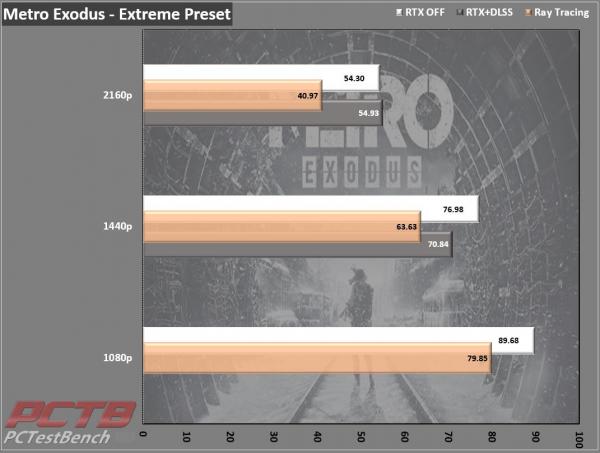 We all know turning on Ray tracing hurts and makes a noticeable impact on performance. The white bar represents normal Rastering, and the Orange bar is the FPS with Ray Tracing enabled. Once we add DLSS back to the equation, we actually slightly pass RTX off at 4K, and get close at 1440p. DLSS is used for rendering a lower resolution and then upscaling to the desired output, so we can’t really use it at 1080p here. 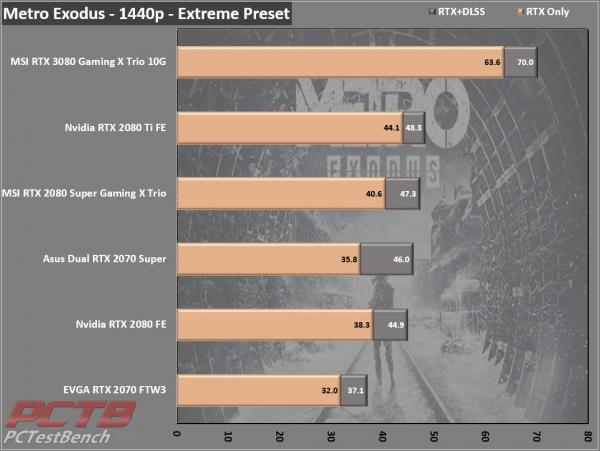 DLSS certainly helps gain some performance back, but the RTX 3080 Gaming X Trio doesn’t really need the assistance to maintain solid frame rates with RTX On. 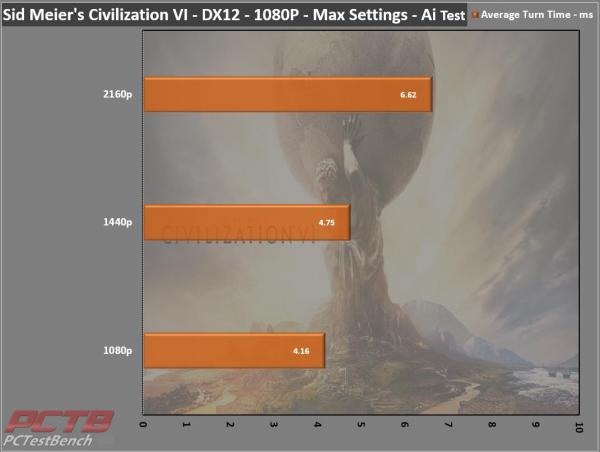 While Civilization VI gives you scores in average turn times, you can almost look at them like frames per second to make it easier to understand. Here, 4K comes in at 6.62ms or around 151 FPS. 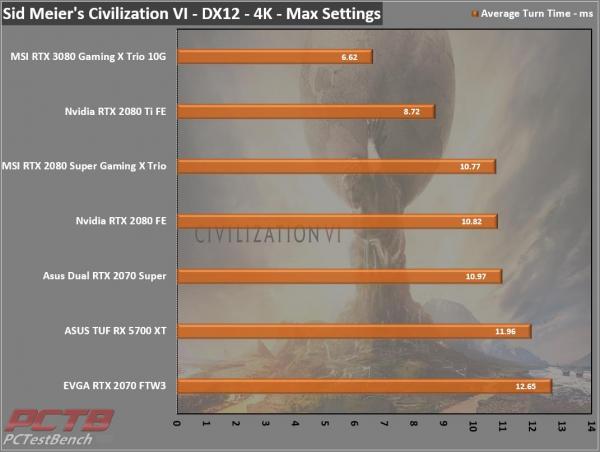 Again, we see the 3080 Gaming X Trio just decimate everything that came prior. It SHOULD be compared to the former RTX 2080, but it just flattens the previous flagship 2080Ti, and the 2080 isn’t even in the taillights. 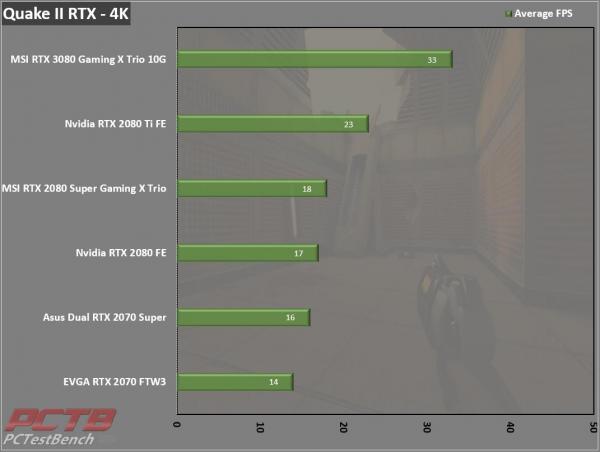 While it may not be exactly double, the 3080 Gaming X Trio comes close to doubling the frame rate of the 2080 at 4K.

Minecraft with RTX brings fully path-traced rendering, physically-based materials, and NVIDIA DLSS 2.0 to Minecraft, delivering bleeding-edge visual fidelity and realism that can be experienced on all GeForce RTX GPUs 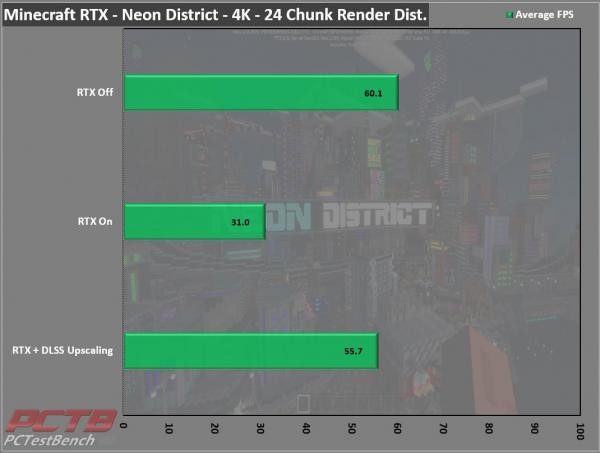 MSI’s RTX 3080 Gaming X Trio 10G can pull playable frame rates in raw 4K RTX mode without DLSS, but with DLSS upscaling enabled, you get an average of around 56 FPS. 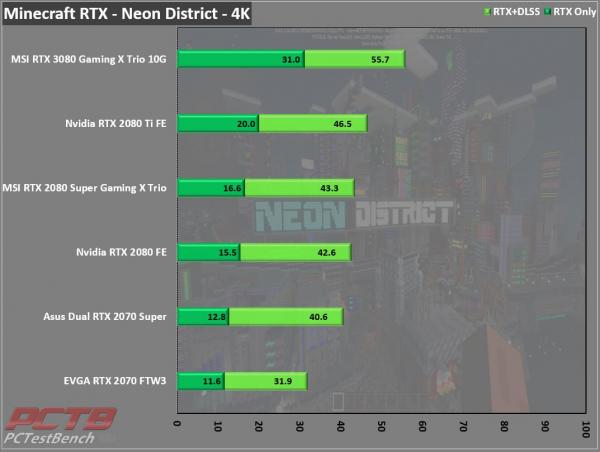 At 4K, the 3080 Alone can power through raw Ray Tracing at mostly playable frame rates. Once you enable DLSS, it becomes butter smooth.