MSI’s RTX 3080 Gaming X Trio 10G comes in traditional Nvidia packaging with a full-color picture of the card on the front, and some features called out on the back. Inside, MSI’s typical foam block protects the card well from every angle.

Inside the black envelop you get a little comic book on how to upgrade your GPU, a quick users guide, thank you card from MSI, and a guide for using the included support bracket. Speaking of brackets, tucked down in its own area of the foam block is an included GPU support brace with a few different stick-on rubber bumpers. 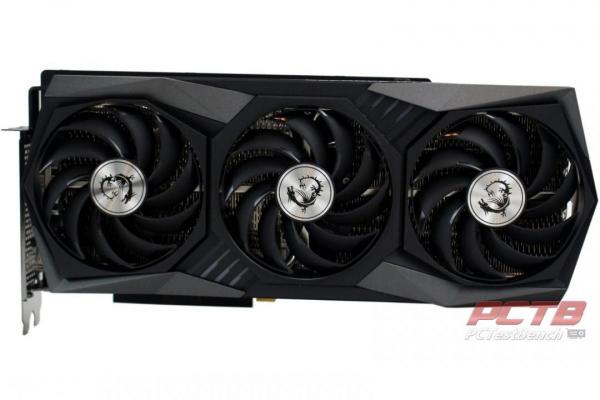 The new Gaming X Trio sports a little more understated design than previous generations. The same ‘Trio’ of fans remains a prominent feature of the cards, but they have a new design. 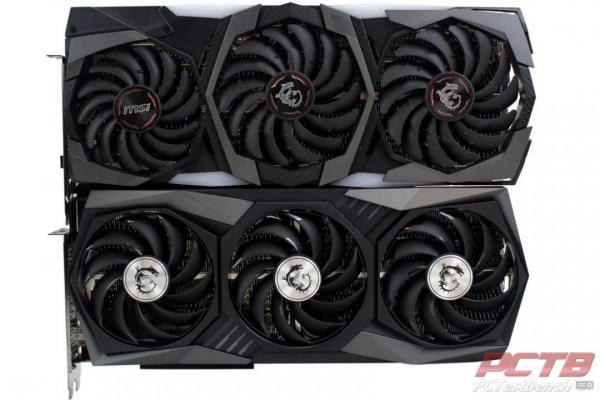 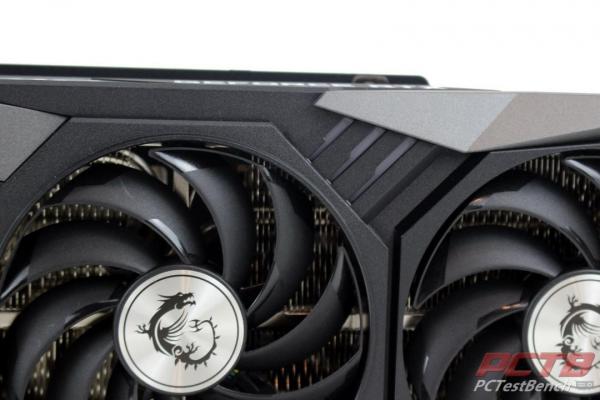 The biggest difference is in the lighting. The RTX 3080 Gaming X Trio has two zones on the face of the card that looks like something slashed across the card. Of course, they are fully controllable via Mystic Light. 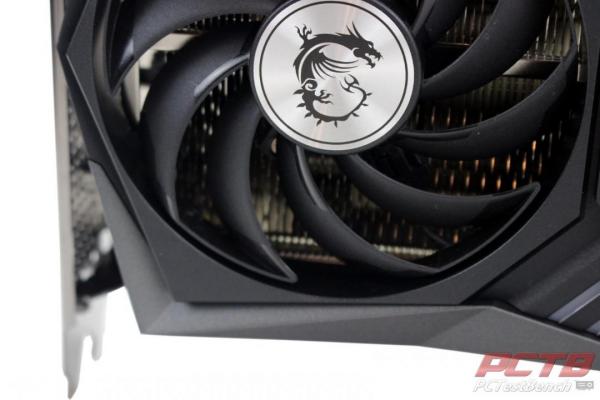 Speaking of fans, all three fans are the new TORX 4.0 fans with pairs of fan blades joined together to focus airflow into the TRI FROZER 2 cooling system with 20% increased static pressure over previous iterations. 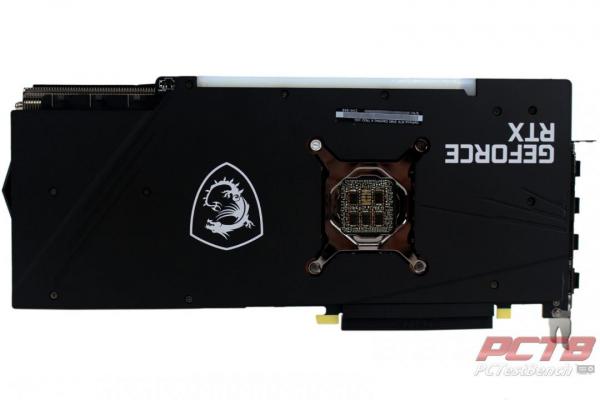 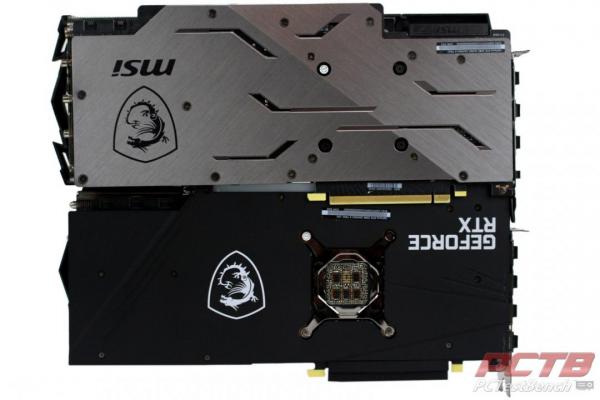 While we enjoyed the gunmetal colored metal backplate on the RTX 2080 Super Gaming X Trio (top), the new graphene-enhanced backplate is a beautiful soft black that should blend in with any build. 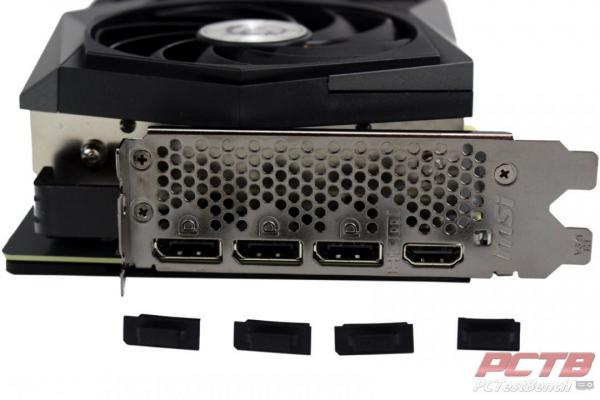 Video outputs consist of a trio of Display Port 1.4 and a single HDMI 2.1. We are personally happy to see the stacked video outputs are gone. 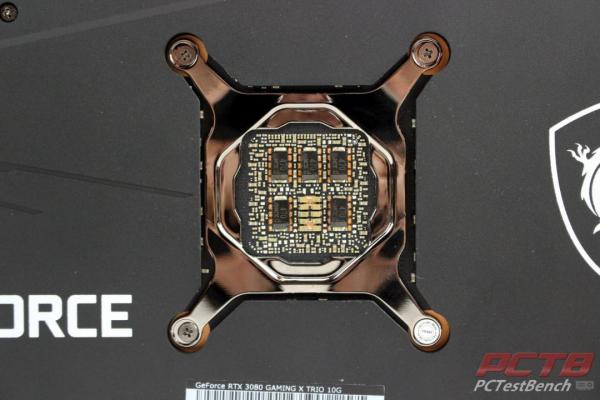 The cooler mounting bracket can be seen through a cutout in the backplate. 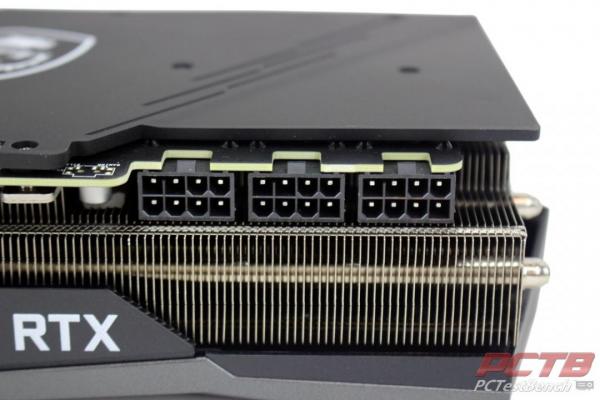 Power is provided through THREE PCIe 8-pin connectors, for a maximum spec. capability of 450W here, plus an additional 75W from the PCIe slot itself. The 3080 Gaming X Trio is rated for 340 watts total though. 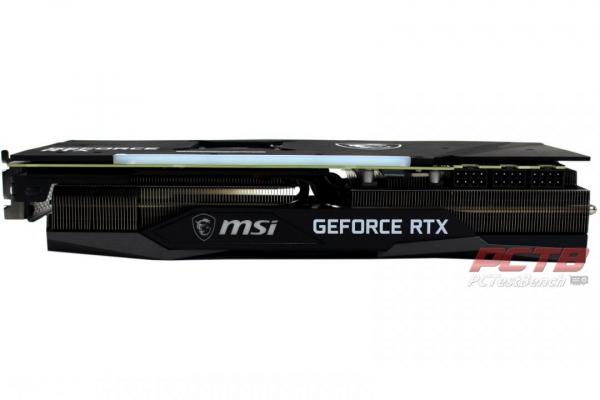 The side of the card has a single RGB strip along the middle of the backplate, and the MSI logo lights up as well. The rest of the side is mostly heat sink. 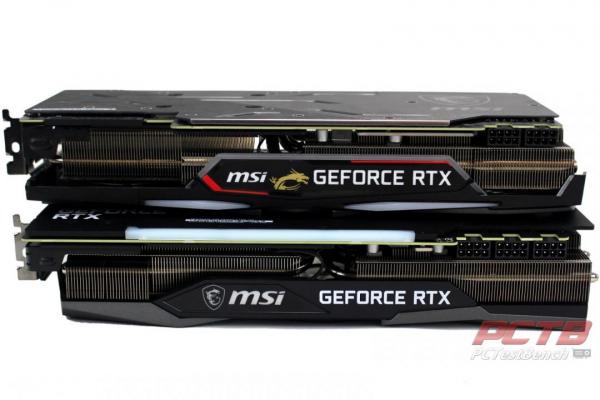 Looking at the side, the 3080 Gaming X Trio (bottom) has a singular RGB strip along the backplate, as well as the MSI logo lighting up on the side as opposed to the MSI RTX 2080 Super Gaming X Trio (top) has two strips between the fans, and most of the area along the logo lights up. 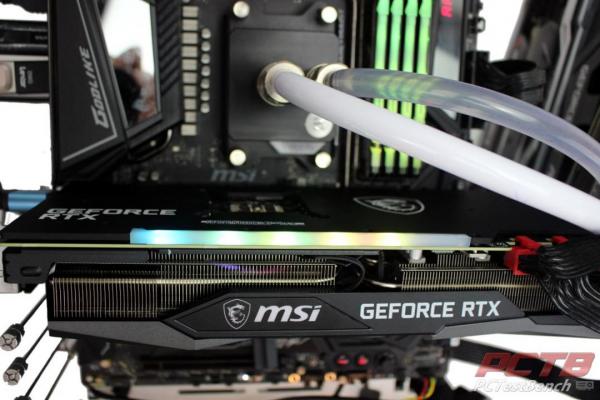 With the RTX 3080 Gaming X Trio 10G installed in our MEG X570 Godlike Gaming board on the test bench, we get our first look at the RGB edge lighting up a rainbow pattern. 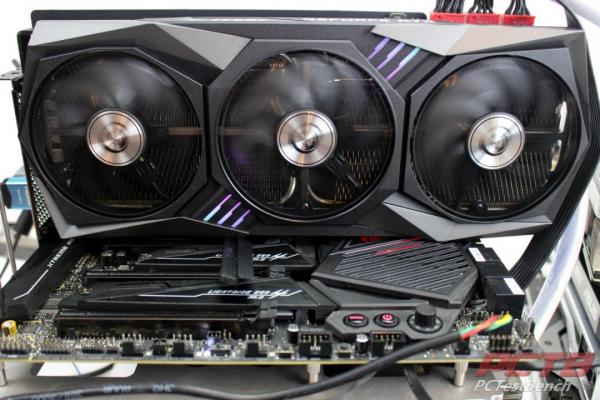