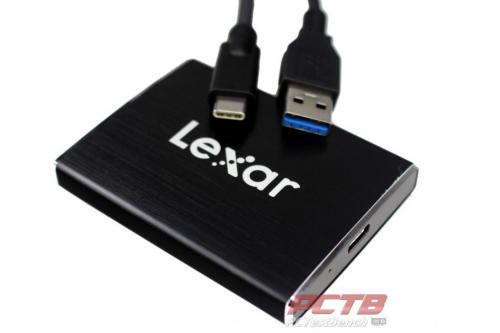 Lexar’s SL100 Pro portable SSD fills an important niche where users need to keep their data close and access it quickly.  Whether you are a content creator sitting in a coffee shop editing video or a professional working with large data sets between meetings, the need for high-speed access to your data is at an all-time high. While it seems everything now has a cloud-oriented solution, today’s mobile-oriented world doesn’t always allow the level of access you need. Lexar’s SL100 Pro provides pocket-sized access to everything you need at speeds that leave most USB drives far in the rear-view mirror. The SL100 Pro utilizes SuperSpeed USB 3 10Gbps to enable sequential speeds of over 900MB/s in both reads and writes.

PC Test Bench would like to thank Lexar for providing us with a sample of the SL100 to test out.

Quickly and securely store and access your content anywhere with the Lexar® Professional SL100 Pro Portable SSD. With sleek, slimline styling and a premium aluminum finish, it provides superior performance on the go, with speeds up to 950MB/s read and 900MB/s write. Available in 500GB and 1TB capacities.