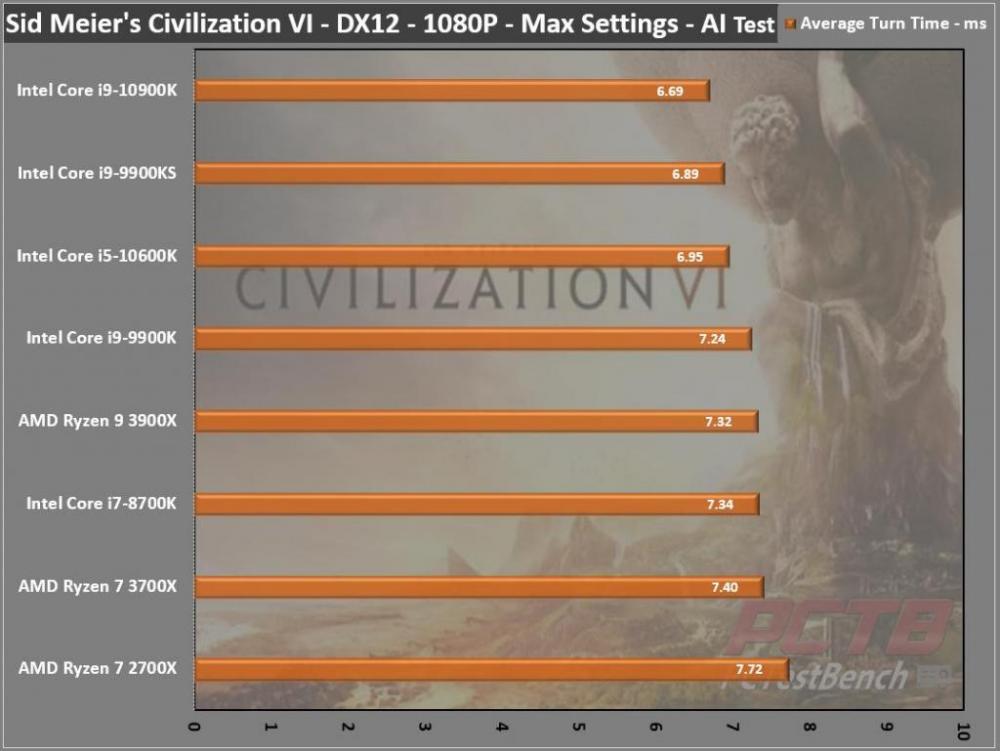 Intel bills the new Core i9-10900K as the world’s fastest gaming processor, and that appears to hold true right out of the gate with Civilization 6’s Ai test completing rounds in just under 6.7ms. 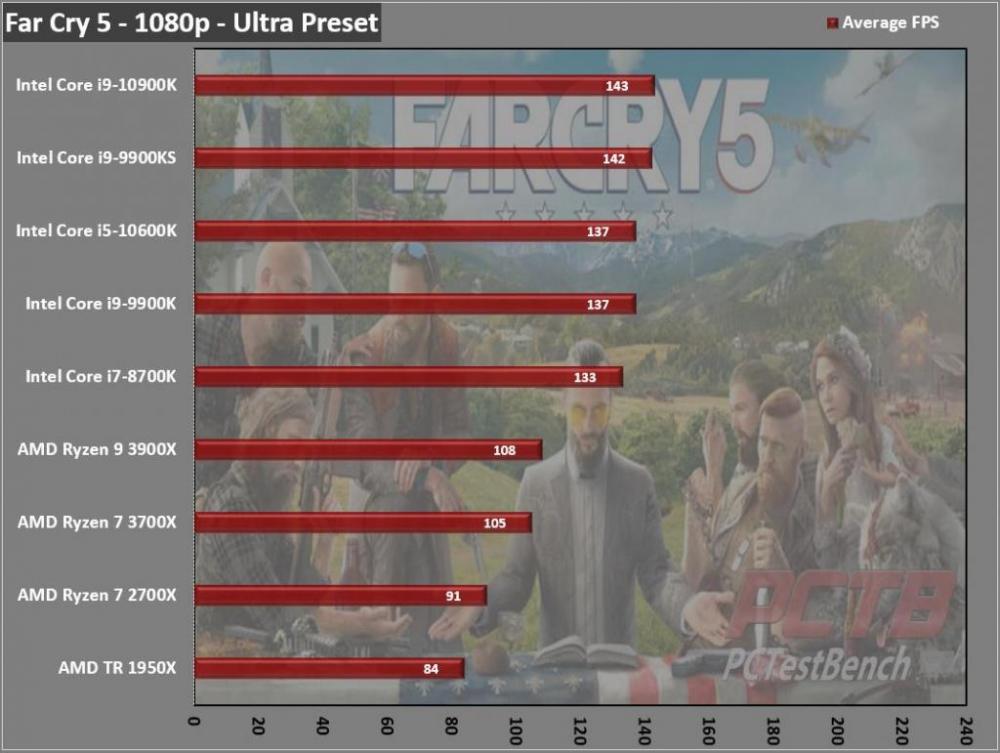 Far Cry 5 hits modern multi-core CPU’s pretty hard, and can take advantage of more than a couple of cores. Here we see the 10900K pull the crown off the special edition 9900KS’ head. The new i5-10600K is hot on its heels here as well. 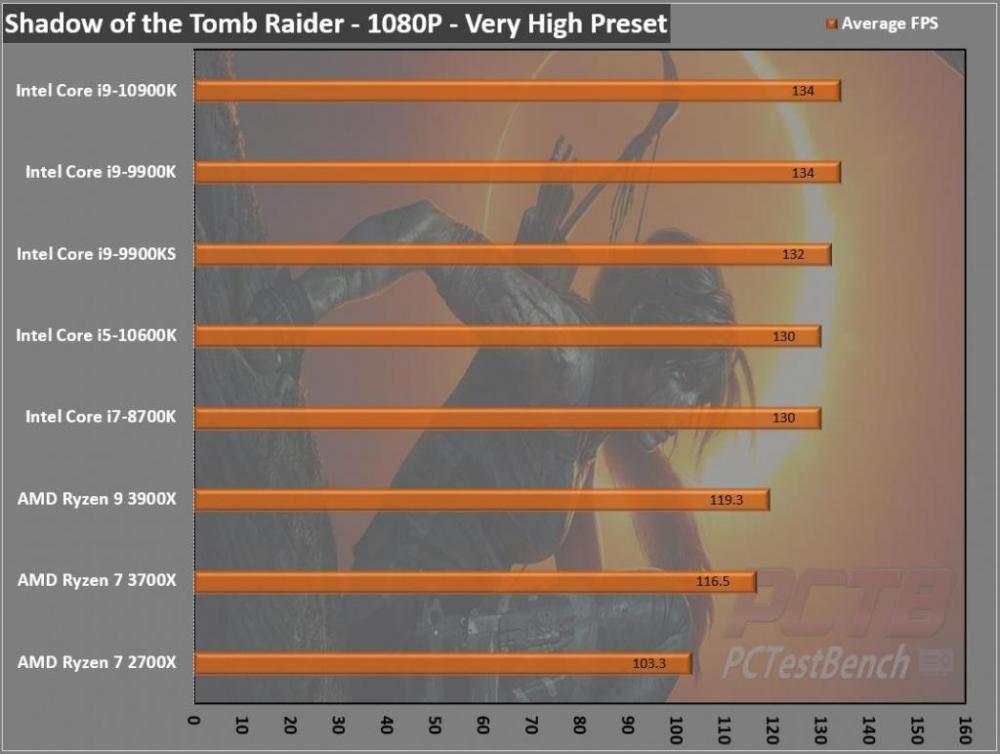 The latest Tomb Raider also sees a benefit from more CPU power and the 10900K delivers the best experience out of the box of anything on the market, albeit only a fraction of an FPS ahead of the former champion. 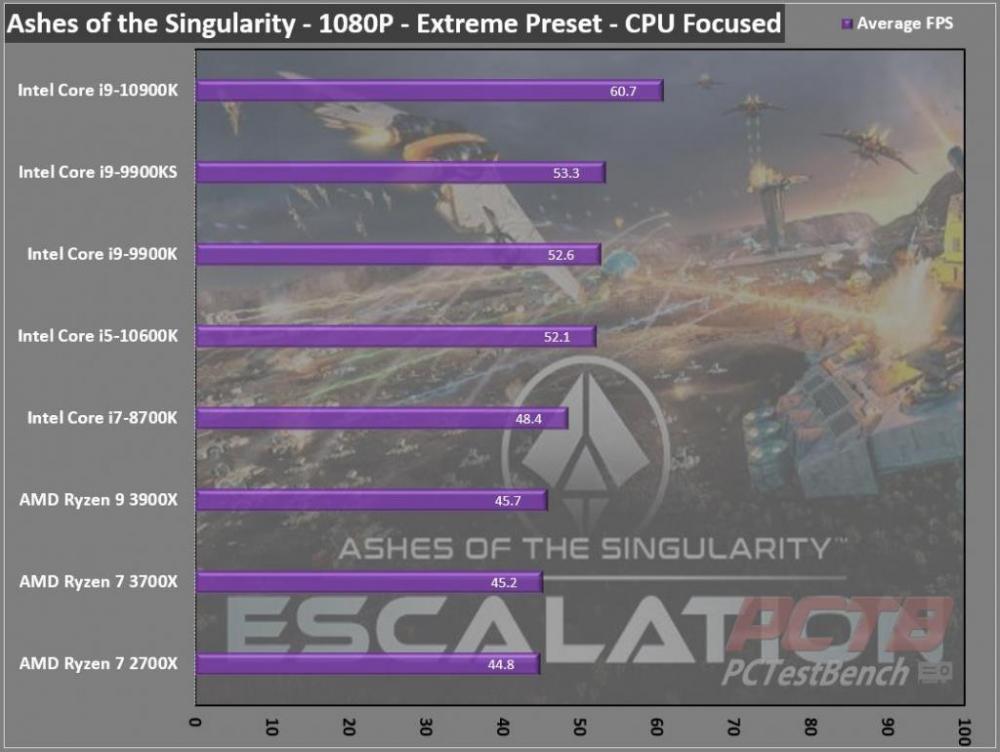 Ashes of the Singularity is more of a playable benchmark, but the Core i9-10900K holds a commanding lead here. If you scrolled past everything to here, the i9-10900K took 1st place in every gaming test we put it against.