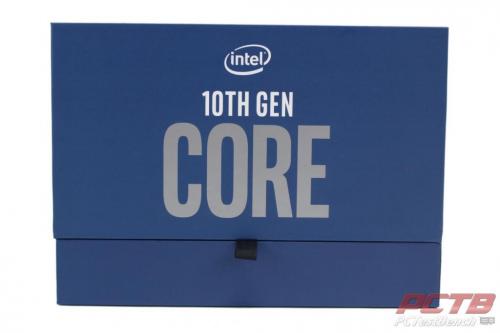 Our review samples showed up in a special box that retail chips won’t be in. 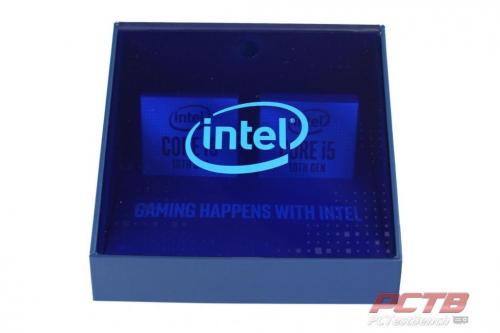 It opens up to reveal a blue acrylic sheet with the Intel logo. You can see two smaller boxes under it. 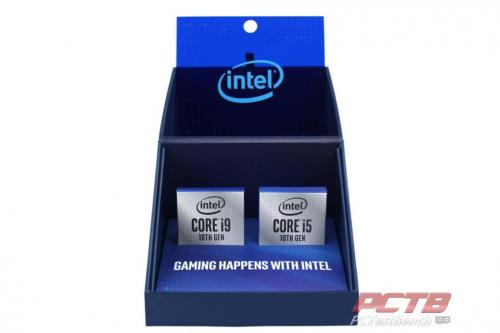 A finger hole lets you pop the clear cover off. 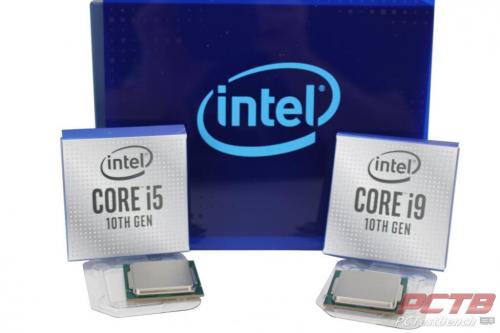 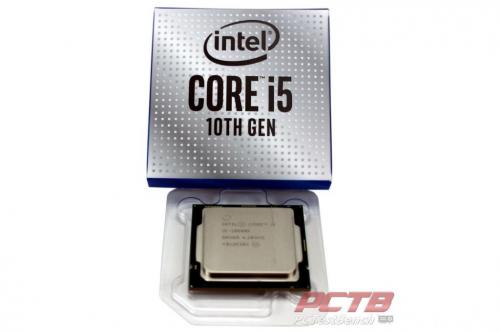 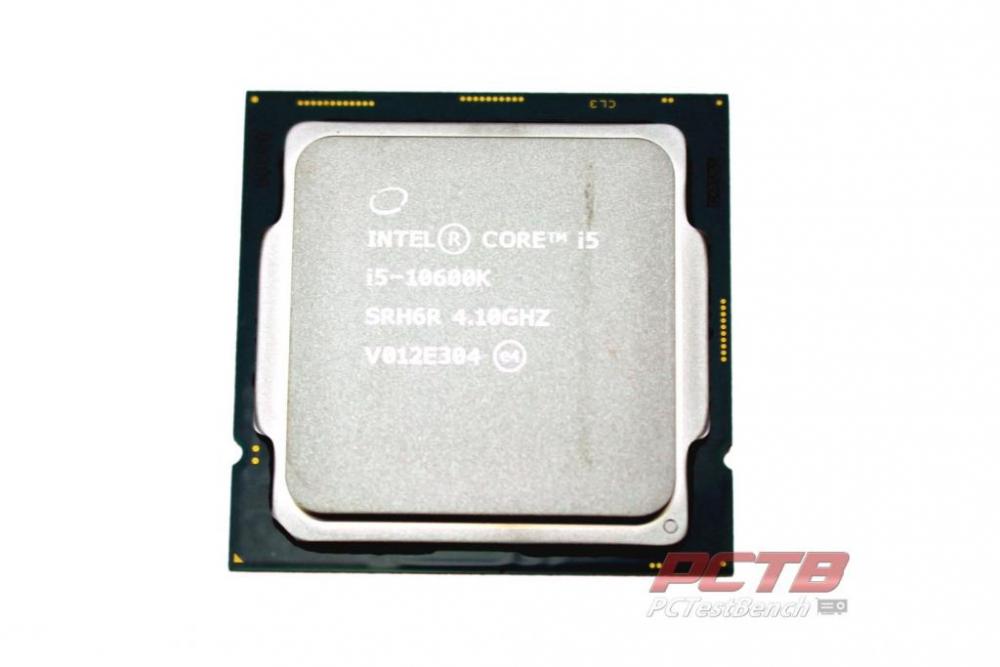 The new LGA1200 based CPU’s look very similar to the former LGA1151 chips at first glance. 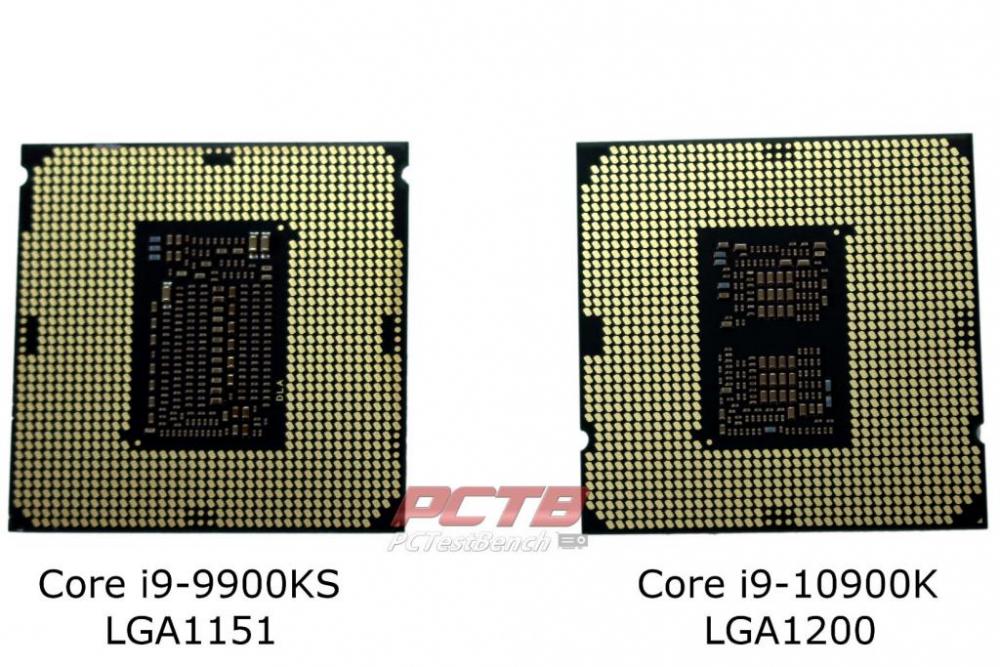 They are the same size, the only difference is the key notches are now about a quarter way up from the bottom instead of very near the top. 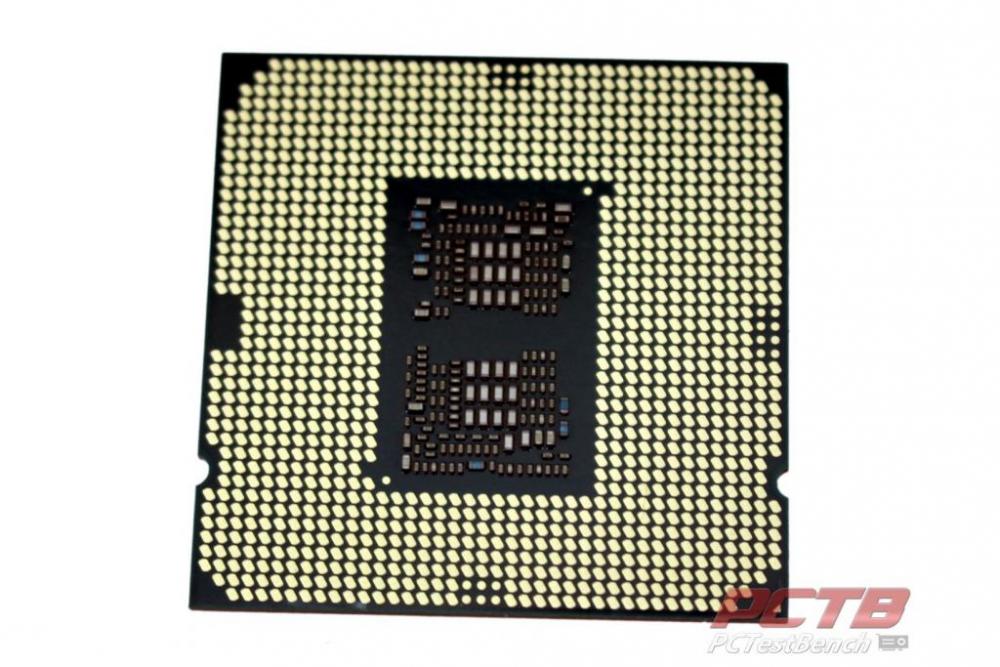 The bottom itself is also very similar, with a ton of micro-sized SMT components in the middle, and a grid of gold contacts around it. Let’s strap it in the test bench and move on to testing!