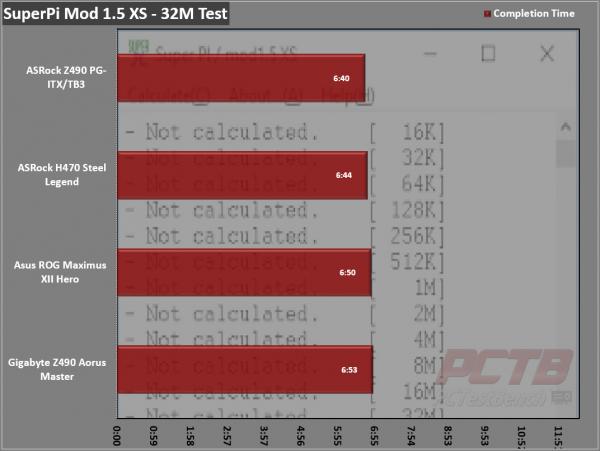 The Steel Legend does a great job here, coming in just a few seconds behind our other ASRock 400 series boards, and well ahead of the competition.

Cinebench R20 has very similar results, with the H470 Steel Legend just a couple of points from first place, well within the margin of error. 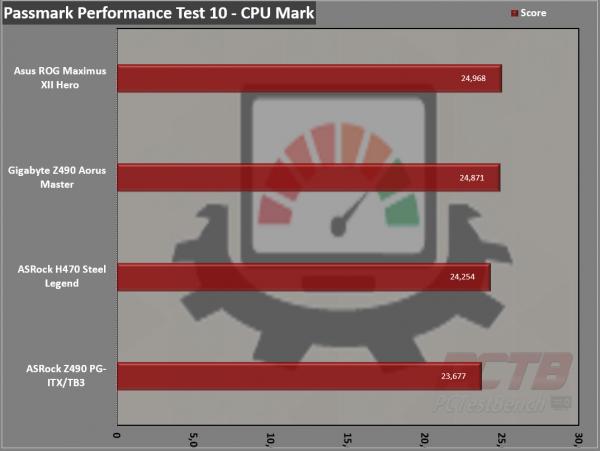 In Passmark’s Performance Test 10, both ASRock boards in our sample set fall a few points behind the others but still do well. 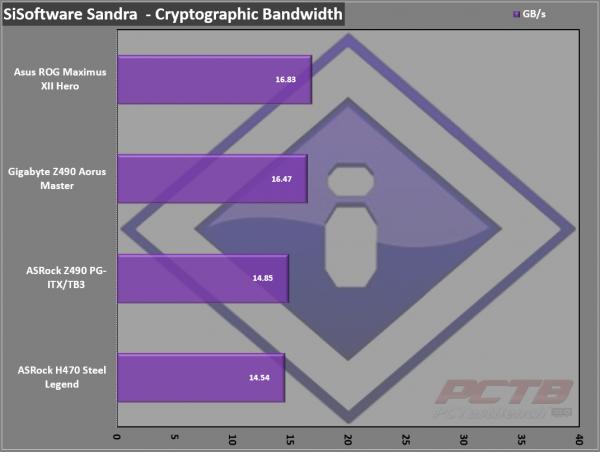 The H470 Steel Legend comes in close to the same score as the Z490 Phantom Gaming ITX we tested previously.

Multithreaded will test your CPU’s efficiency of running more than one thread without major system lag. The higher you score on this one, the more threads your CPU can handle with a comfortable speed. High multithreaded scores generally mean you can render things faster. 4-Threaded tests your CPU’s performance in games since most games currently run on 4 threads. Single-threaded evaluates how fast the CPU can handle a single, dedicated thread for processing. 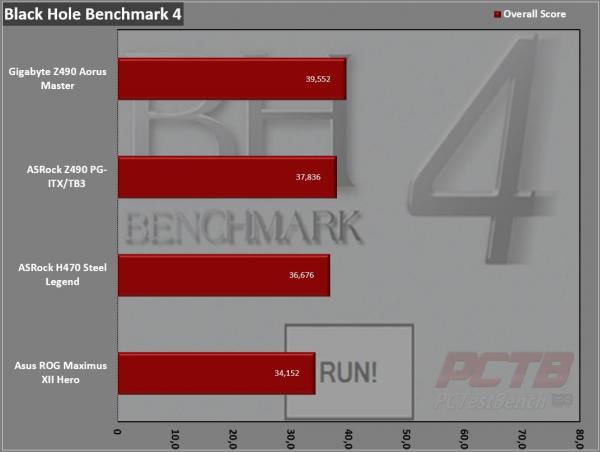 We see a similar trend with the Black Hole Benchmark, with ASRock’s boards hanging close together.