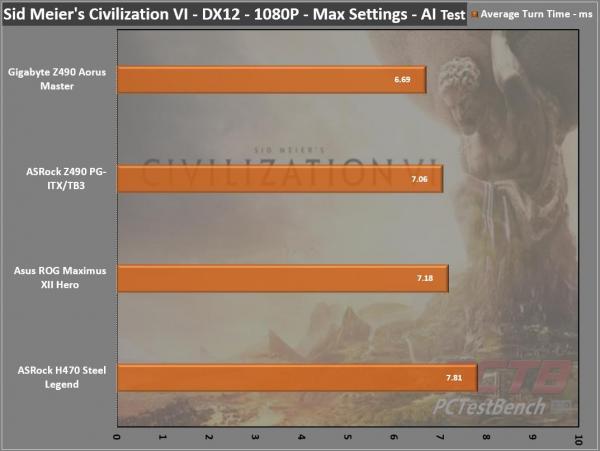 ASRock’s H470 Steel Legend does well in our first game benchmark coming in just a fraction of a millisecond slower than Z490 boards. 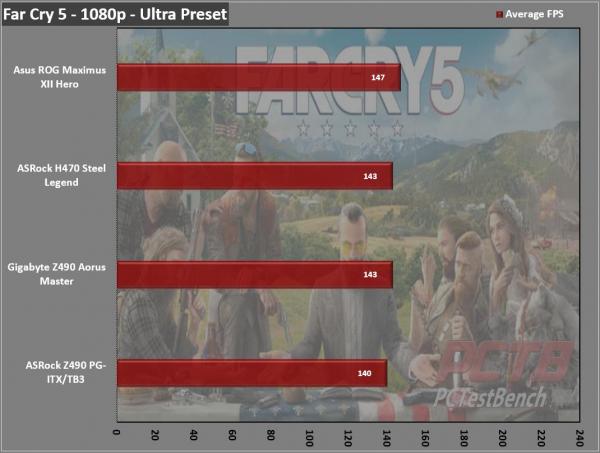 Far Cry 5 does quite well on the Steel Legend with it missing being the fastest average frame rate of our 400 series boards.

Face off against the vicious Highwaymen, led by twin sisters Mickey and Lou, as you fight to survive in a post-apocalyptic frontier set in Hope County, Montana 17 years after the global nuclear catastrophe. Form unexpected alliances, build a deadly arsenal of makeshift weapons using the remnants of the old world. 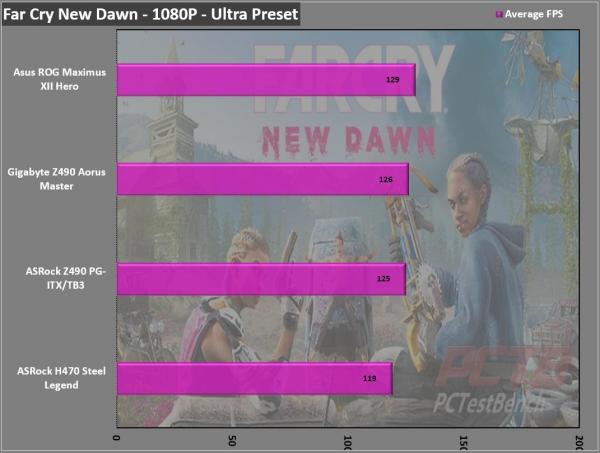 Far Cry New Dawn shows the Steel Legend just a couple of frames behind the much more expensive Z490 boards. 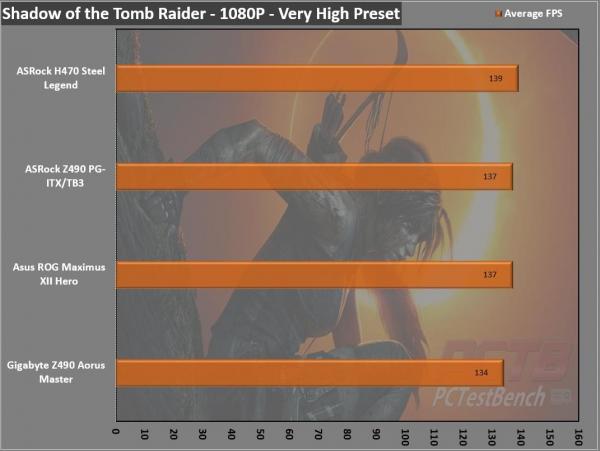 Shadow of the Tomb Raider runs really well on the Steel Legend and gives us the best frame rate to date for our 400 series boards. 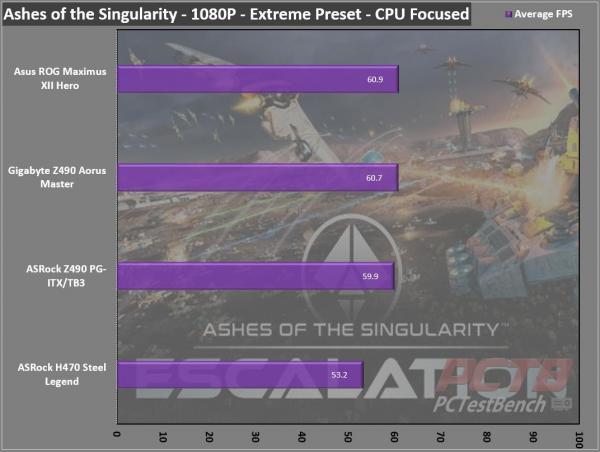 Metro Exodus is an epic, story-driven first-person shooter from 4A Games that blends deadly combat and stealth with exploration and survival horror in one of the most immersive game worlds ever created. 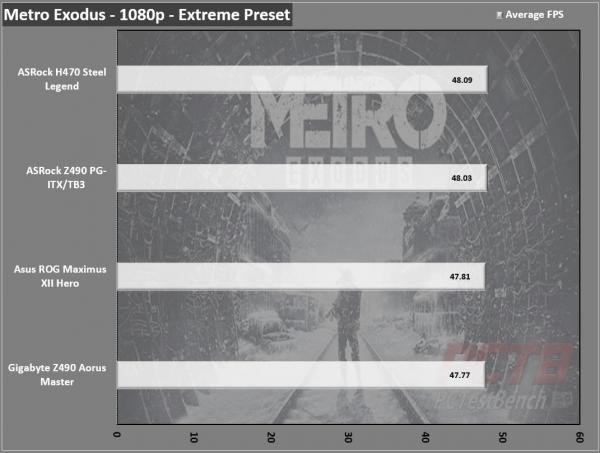 In Metro Exodus, the Steel Legend regains its honor with it holding the lead over the rest of our 400 series boards.