In the press briefing, AMD said (in not so many words) the graphics market is confusing. Well, it is. Currently, there are so many cards on both sides that are close to performance to each other. It is no wonder that it is confusing. Both AMD and Nvidia have been “one-upping” each other since last summer and the release of the RX 5700 and RX 5700 XT. Thus adding to the confusion. This is going to sound a little counterintuitive but in my opinion, this is exciting. Confusing but exciting nonetheless. Why? Because of competition. AMD really having GPUs that perform in line with Nvidia’s cards at a price is great for us. When is the last time you can remember Nvidia and AMD going after each other? It has been a while.

On paper, the major differences between the RX 5600 XT and the RX 5700 are the memory bus, memory amount, and allowed power draw. AMD is going after the 1080p market and why not? According to the Steam hardware survey, that is the resolution most gamers choose. It’s a smart business move to get as many cards as you can into that market segment. AMD is pushing the RX 5600 XT towards those gamers that play at high and ultra graphics quality at 1080p. 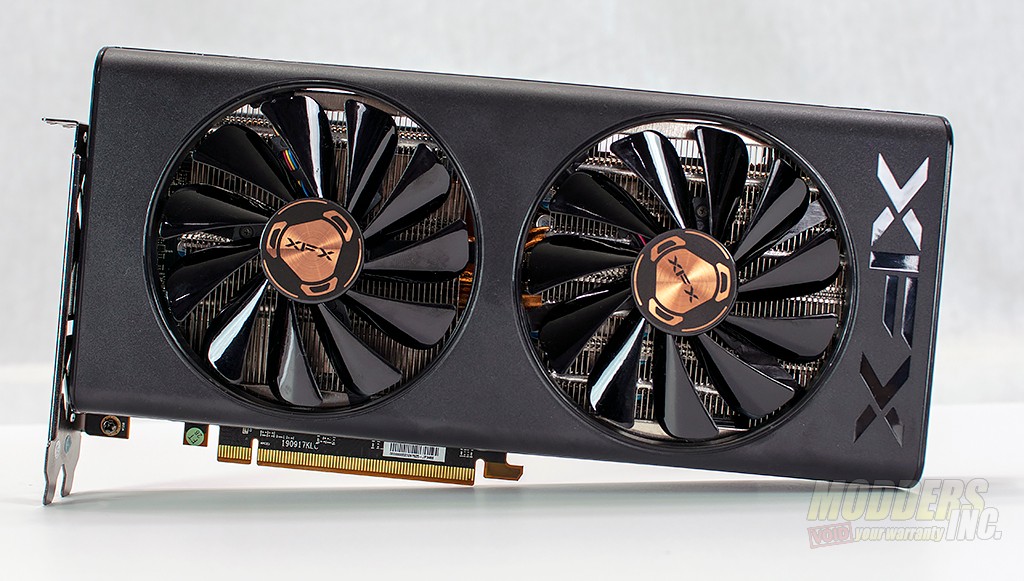 In terms of performance, the Radeon RX 5600 XT lags a bit behind the EVGA RTX 2060 KO with the stock BIOS installed. Since the BIOS release was an 11th hour sort of thing, current cards on the shelves at retailers won’t have the new BIOS and suffer a performance penalty because of it. After the new BIOS, performance is pretty much tied with the 2060 KO with only a couple of games really being the outliers in terms of a performance advantage to the 2060 GPU. For me, it is really nice to see AMD and Nvidia trading blows back and forth and it is about dang time. If this is what they’re doing with the sub-$300 markets, I’m excited to see what they will be doing in the high end.

Pricing between the Radeon RX 5600 XT, GeForce RTX 2060 KO is really close. The launch price of the Radeon RX 5600 XT is $279 and the RTX 2060 KO is $299. At the time of the review, the RTX 2060 KO is currently out of stock. What you can buy right at the time of this review is the RTX 2060 KO Ultra which retails for $319. Based on the performance from XFX as a company in the past, I think the review sample that I received may be the lowest performer out of the bunch. This specific card wouldn’t run the memory at the specification published by XFX. The maximum performance that I could get from the memory was 1640 MHz which equates to 13.2 GB/s. I’m less inclined to doubt the RX 5600 XT line as a whole and more inclined to blame this specific card. More testing with GPUs from other AIBs is needed.

Still, the Radeon RX 5600 XT is a good performing card at Ultra and high settings with the new BIOS installed. I figured it would be a little further away from the 5700. At the last minute, a new vBIOS was released for the 5600 XT. This ups the power limit from 150 watts to 160 watts allowing the card to clock higher. Overclocking the

AMD is trying to fill a gap in the 1080p market. The RX 5600 XT was originally aimed squarely at the GTX 1660 cards from Nvidia. However, Nivida had other plans and tossed the RTX 2060 KO in the mix. This facilitated the BIOS update that was delivered late in the review process. AMD’s Navi GPUs still continue to impress me and this time the pricing is even better. If you’re looking at maximizing the image quality at 1080p gaming you have really good choices from either side of the Red/Green line.