There are many ways to benchmark GPUs. With these benchmarks our goal is to do two things: first to show the performance of the card and secondly to make them easy to replicate. With a similarly configured system, you should be able to get similar results to compare your current graphics card against. There will always be a variance from system to system. All games for this review are tested with the HIGHEST IN-GAME  PRESET with VSync and Frame Limiters turned off unless otherwise specified. A fresh build of 1909 and all drivers and games were installed. No changes were made from the defaults in the BIOS, Windows 10 operating system, or provided manufactures software.

Game frame rates are averaged from the results of 3 benchmark runs at each resolution.

NOTE – We are currently in the process of changing the games we test with. As we go, there will be more GPUs added and sorted in the charts.

At the 11th hour, AMD released a new BIOS that further unlocked the performance of the GPU. However, XFX didn’t release the BIOS update until 6 am on January 21st. I attempted it install the new BIOS and was presented with errors, etc. Eventually, I was able to get the provided BIOS installed however, again it was wrong. The BIOS that was provided was for the XFX THICC III version of the RX 5600 XT. While that specific version of the BIOS worked, it pushed the clock speeds high enough that temperatures were reaching 90­°C. All the BIOS versions were eventually sorted out and the GPU was retested.

3DMark Firestrike from Futuremark is a Semi-synthetic DirectX11 benchmark designed for high-performance gaming PCs. Firestrike performs advanced geometry, illumination and particle tests with its Graphics benchmark and performs physics simulations using the CPU. Firestrike Ultra Kicks it up a notch and ratchets up the resolution to 4K and turns the quality up a bit. 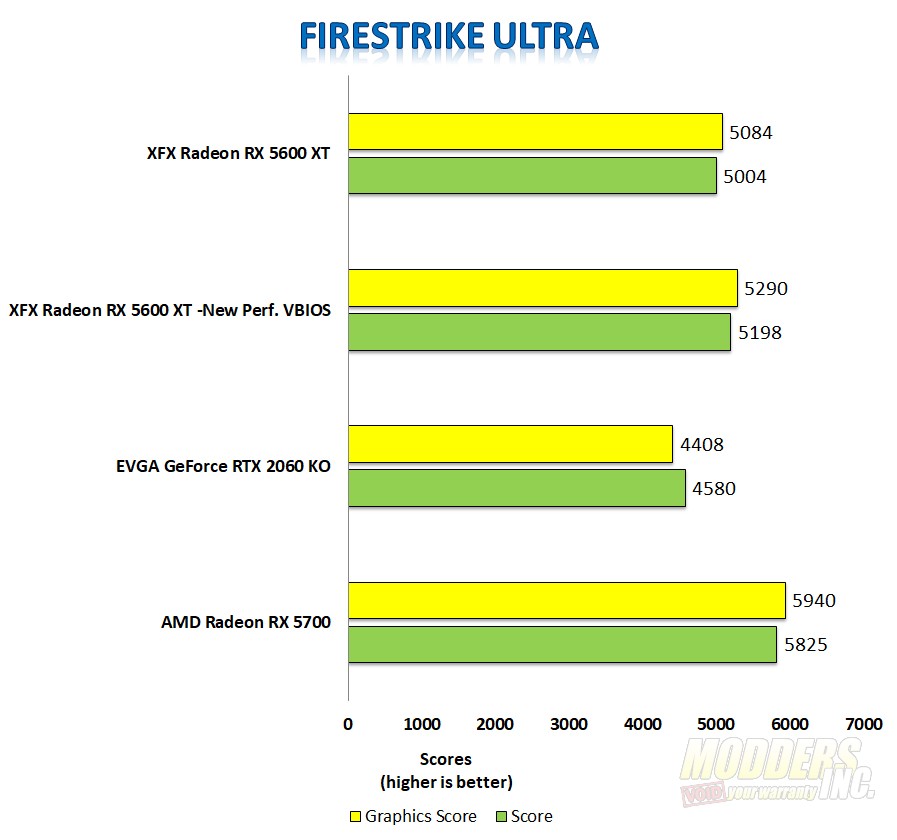 In Firestrike, the RX5600 XT does well against the RTX 2060 KO. The new vBIOS unlocks a bit more performance with an overall score of 5198 and a graphics score of 5290. 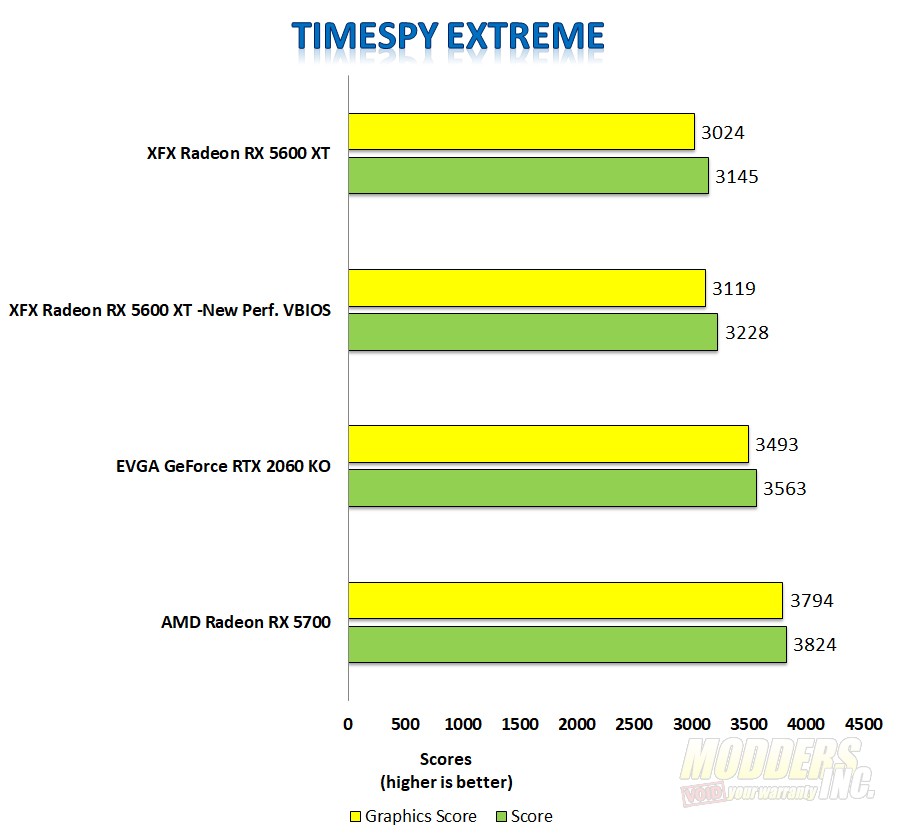 Timespy extreme shows the RX 5600 XT lagging a bit behind the RTX 2060 KO with a graphics score of 3119 compared to the RTX’s score of 3493. The new BIOS unlocks a bit more performance and brings the graphics score up a bit from the original score of 3024. 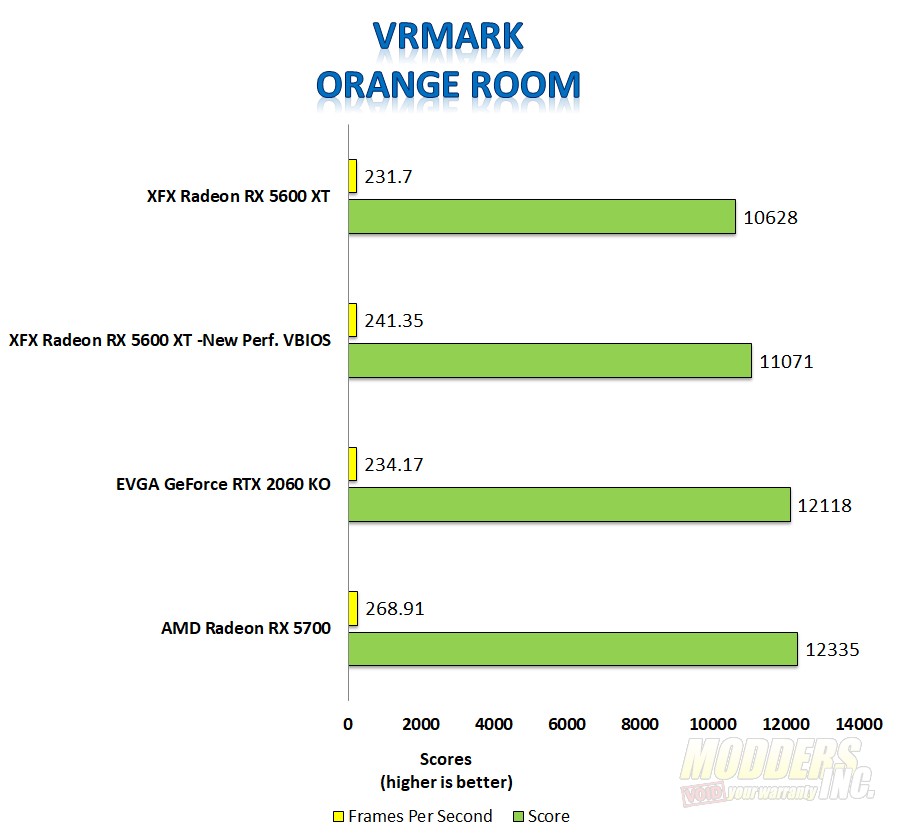 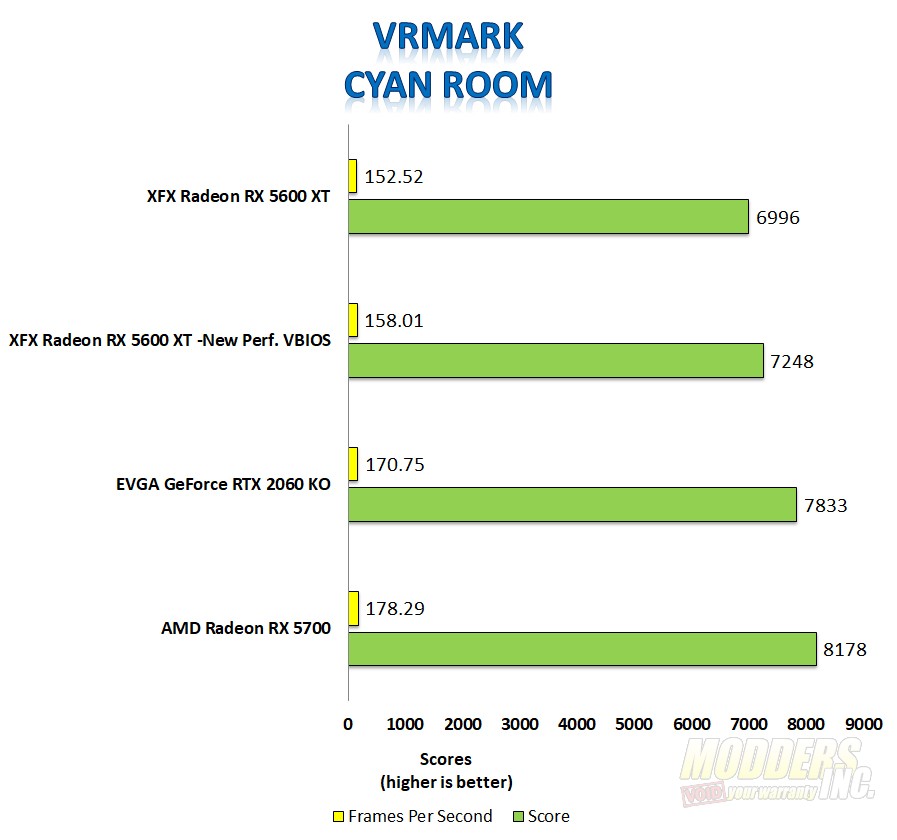 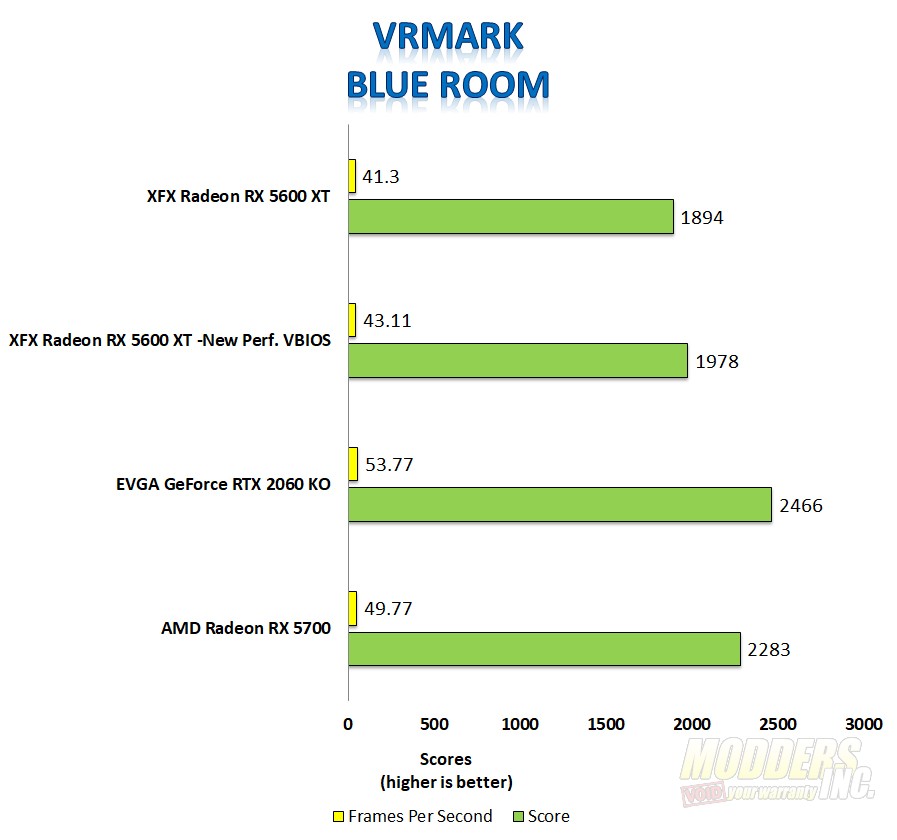 Blue room is the toughest test in the VR Mark suite. 10 frames per second separate the RX  5600 XT and its direct competitor the RTX 2060 KO.