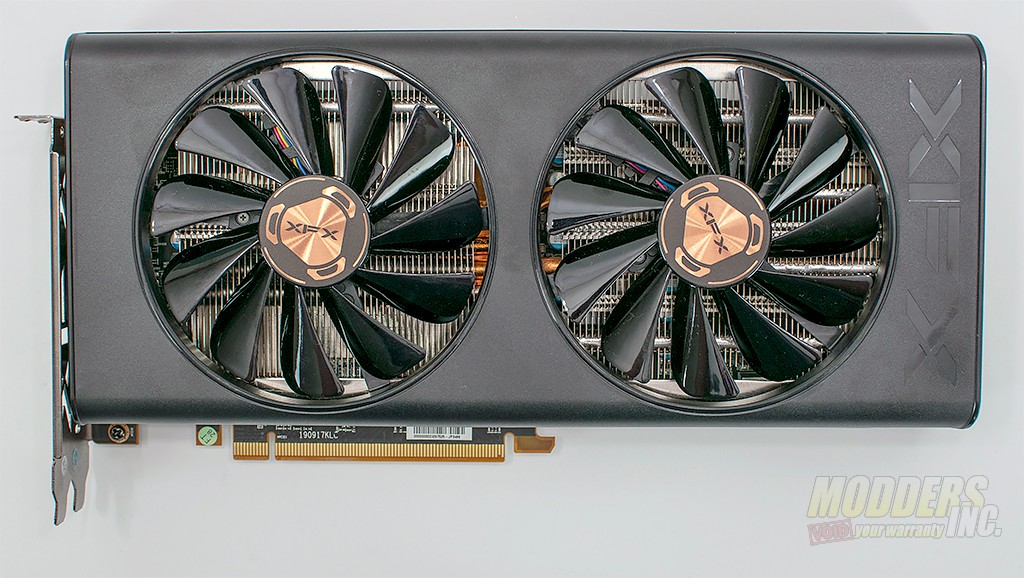 The review sample I received is the XFX Radeon RX 5600 XT THICC II Pro Boost. This card features two 90mm fans in the shroud. The shroud is made from ABS plastic and has the XFX logo embossed on one end. 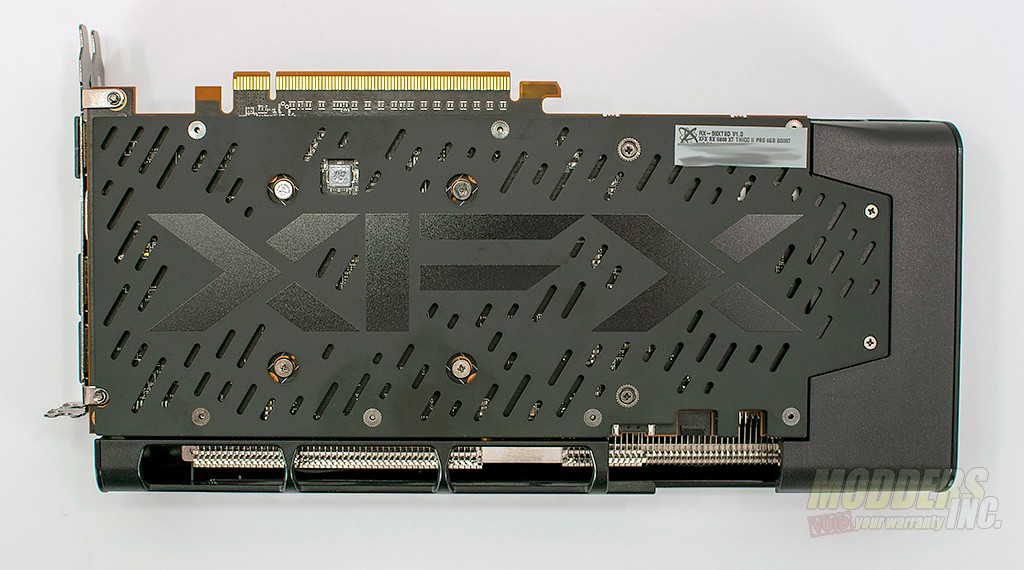 The backside of the XFX Radeon RX 5600 XT is a combo of plastic and metal. I’m happy to see that XFX used a metal backplate. During testing the backplate does get quite warm. The end of the card is capped by a piece of ABS plastic that has a similar look and feel to the shroud on the front.

Both parts to the top and bottom of the card come together and create a slot where the heatsink is exposed. Cooling this card exhausts hot air into the case. 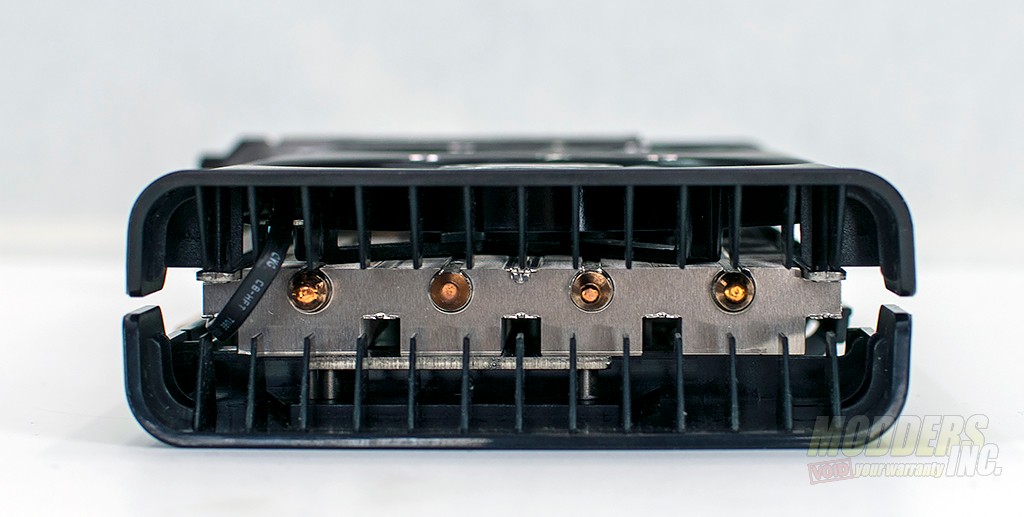 At the very end of the card, you can see the copper heat pipes that run through the aluminum heatsink under the fans.

As far as I/O on the Radeon RX 5600 XT, there are three Display Ports and one HDMI. 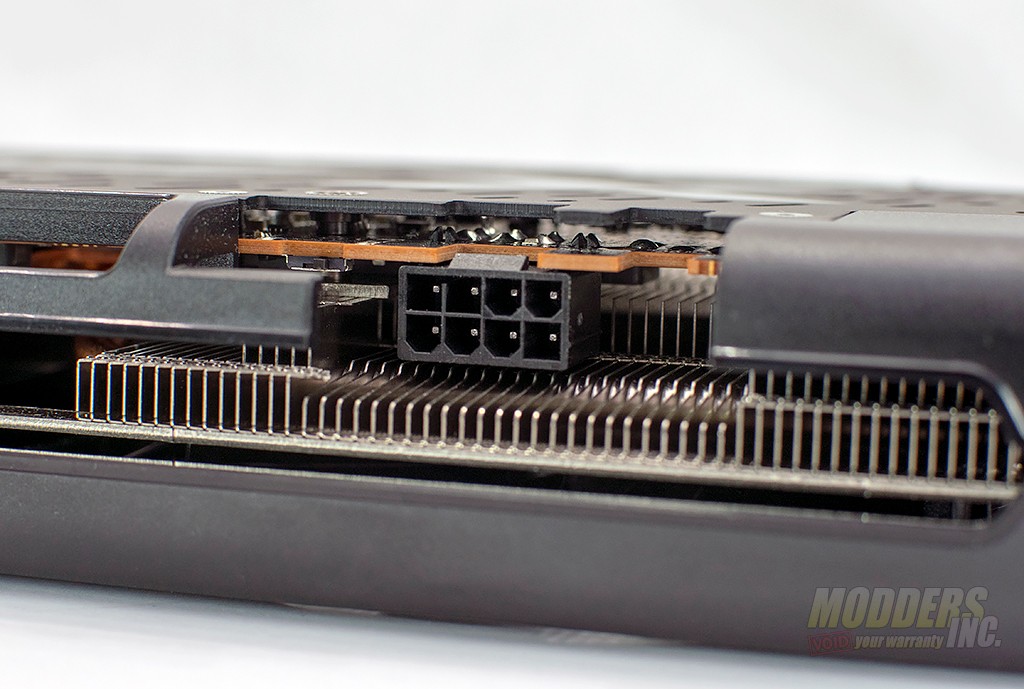 A single 8-pin PCIe power connector is all that is needed to run the RX 5600 XT. The GPU is rated at 150 watts. Take note of the switch in this picture to the left of the power connector. This switch allows you to switch between a performance profile and a quiet profile. 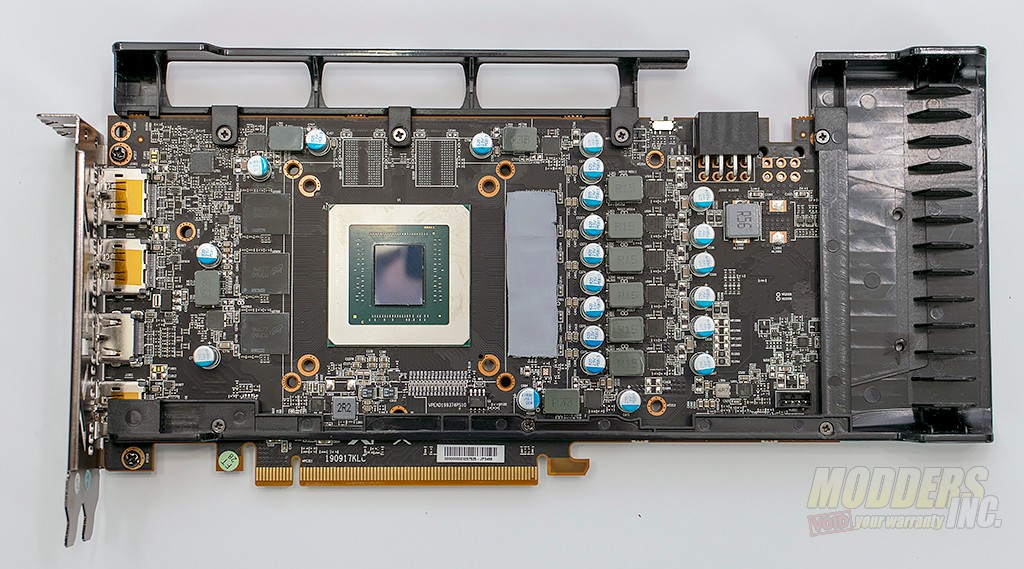 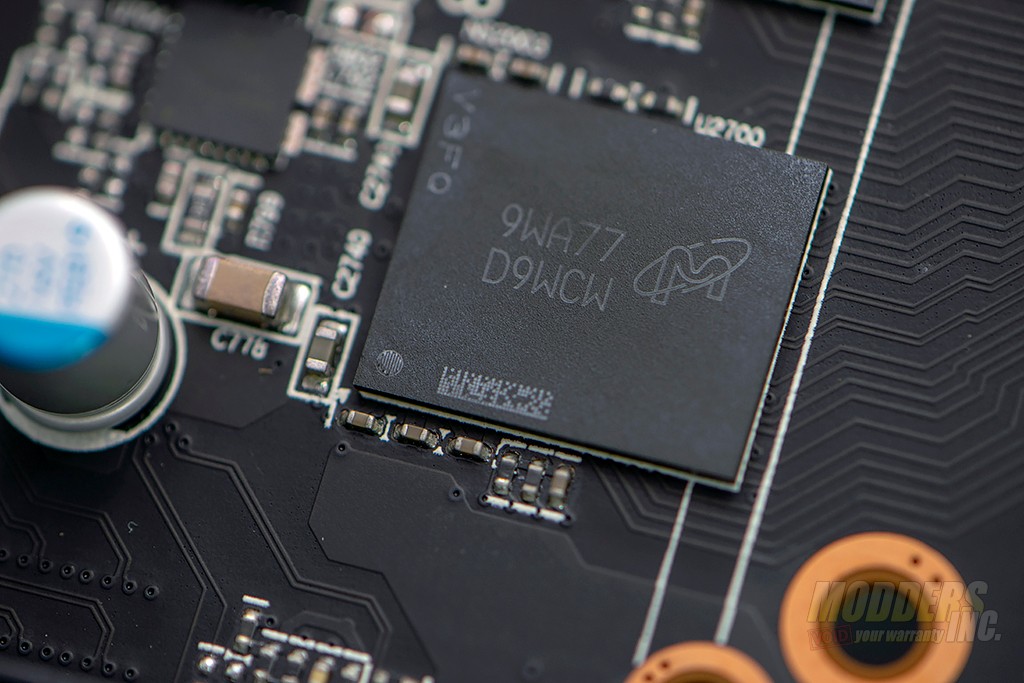 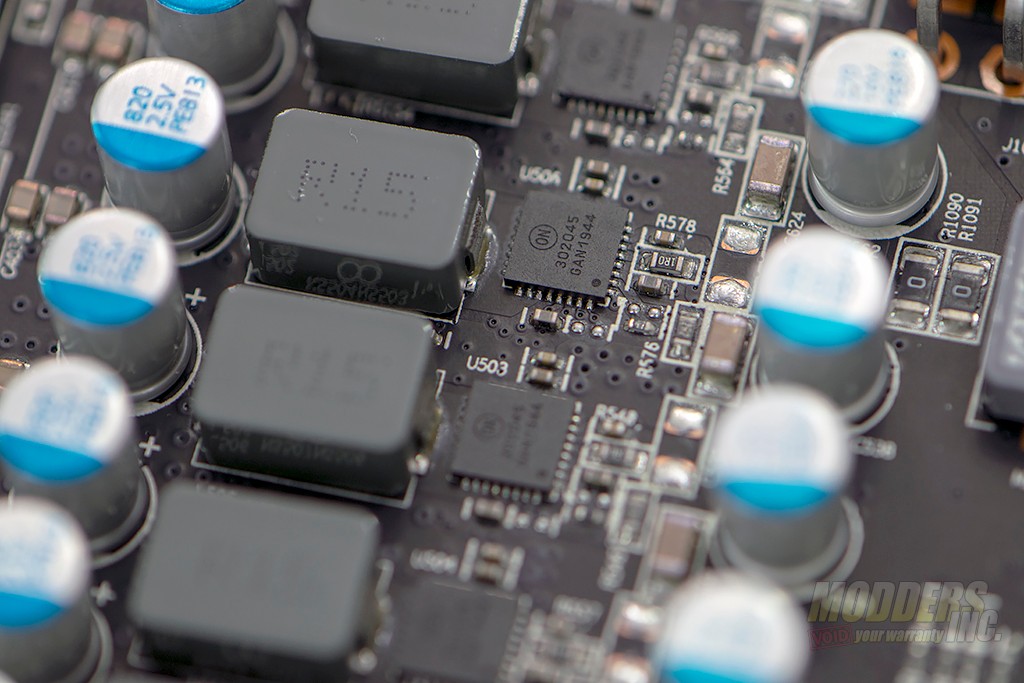 Voltage regulation is provided an ON Semiconductor NCP 81022 controller and uses ON Semiconductor 30245 integrated MOSFET and driver packages. The ON 30245 contains the driver, high-side and, low-side MOSFETs in one package. This NCP81022 is a dual output 4 phase plus 1. 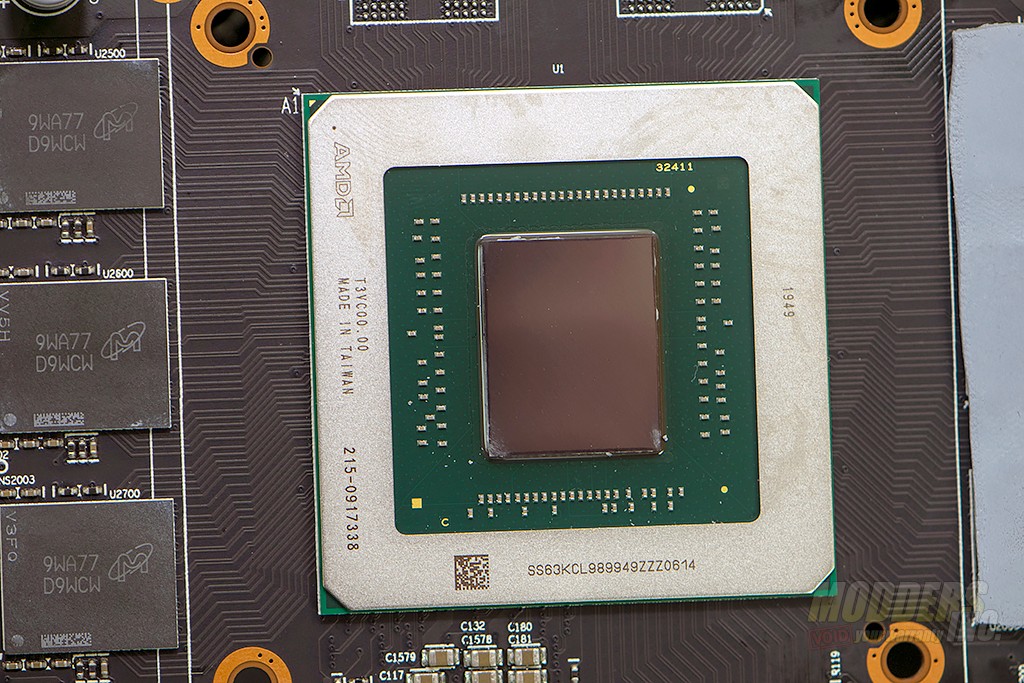 Hidden under the heatsink (along with the RAM and voltage regulation circuits, is the GPU. The RX 5600 XT is a NAVI GPU and shares the same architecture as its older siblings. When compared to the 5700, the RX 5600 XT has the same amount of stream processors (2304) and ROPs. 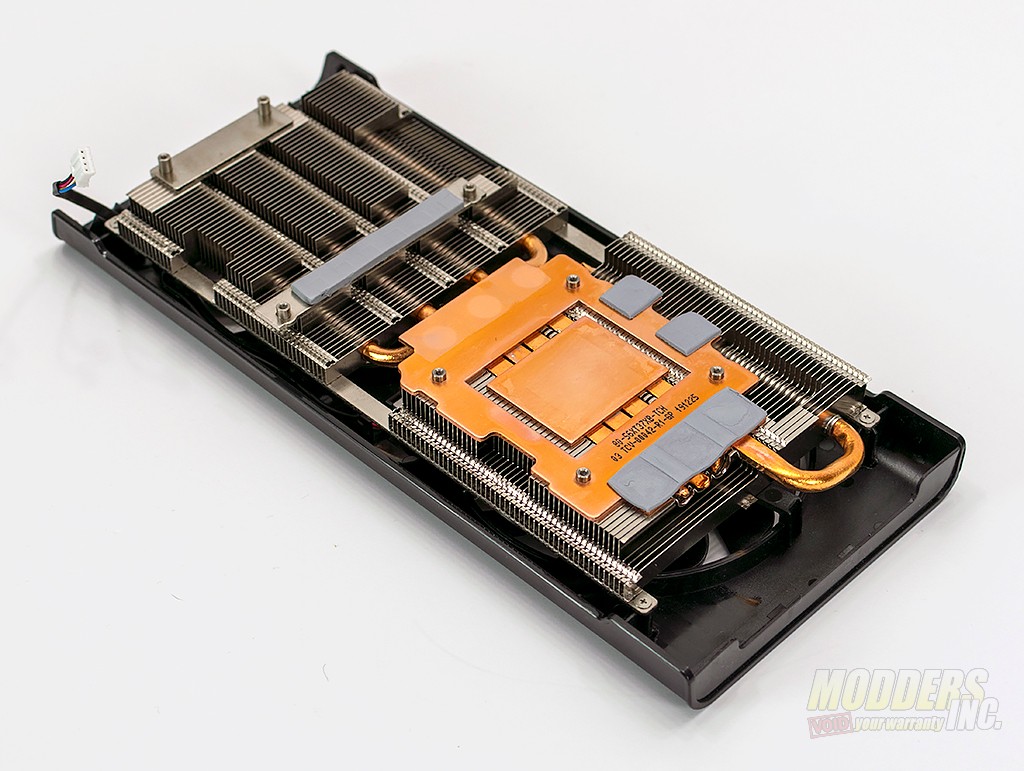 The heatsink keeps the Radeon RX 5600 XT cool under pressure. The all-copper cold plate is directly attached to the copper heat pipes that run through the aluminum heatsink. The GPU is directly cooled by the copper plate as is the memory. VRM is cooled by an additional plate at the rear of the cooler. Both the memory and VRM use thermal pads as the interface between them and the cooler.