New to the RTX 3000 series cards are some detailed power measurement readouts available to programs like GPUz. We see the card max out at ~227W, with around 188W of that consumed by the GPU core. This leaves around 35W that is used by everything else on the board, the fans, Video output ports, PCIe communications, and inefficiency losses in the various VRM stages and PCB itself. Our system consumed a maximum of 455W from the wall, or around 410W from the PSU itself with a full system stress test running. Real-world usage will be lower.

From the GPUz screenshot above, we see the RTX 3070 top out at 2040Mhz on the core, with it hovering around 2010MHz steady-state with a few dips into the upper 1900MHz range.

At stock settings, the GeForce RTX 3070 Founders Edition tops out in the lower 70C range and usually hangs out in the upper 60C range under load.

When the RTX 3070 was announced, Nvidia proposed it would be in a similar class of performance as the outgoing RTX 2080Ti with it holding a slight edge most of the time. That appears to be the case across the board in Fire Strike. 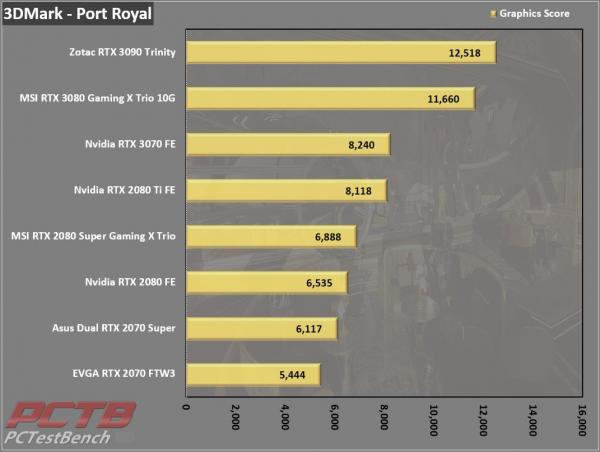 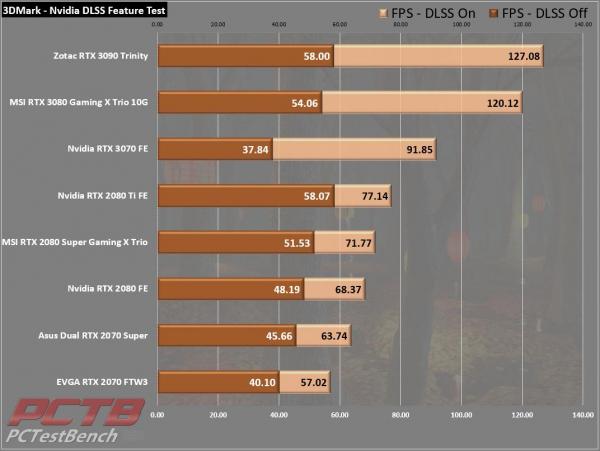 On the DLSS feature test, we run into a somewhat surprising result. With DLSS off, the 3070 falls quite a bit behind the 2080Ti, and even the RTX 2070. We ran the test repeatedly, and this holds. We are using pre-launch drivers, so it could just be a driver anomaly. Once DLSS is enabled, we see it fly back up the leaderboard to hold a place firmly between the RTX 2080Ti and RTX 3080 as expected. 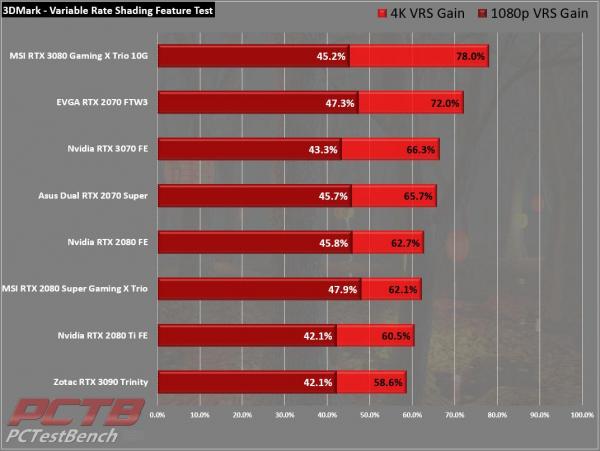 Variable-rate shading can ease the workload for cards so we see larger gains out of lower-end cards here than the flagships that have the raw power to muscle through. The Geforce RTX 3070 Founders Edition sees respectable gains in performance using VRS.

The RTX 3070 FE does a spectacular job in VR workloads, knocking the orange and cyan test levels out of the park. It can’t quite hit the recommended frame rate for the incredibly demanding blue room test though.

We see great scores across the board in Superposition. The 3070 FE edges out the 2080Ti in lower resolutions, but the wider memory bus on the 2080Ti gives it a slight edge once we hit 4K. It leaves the RTX 2070 so far behind it can’t even see the taillights.

Crytek – The Neon Noir Benchmark
Neon Noir was developed on a bespoke version of CRYENGINE 5.5, and the experimental ray tracing feature based on CRYENGINE’s Total Illumination used to create the demo is both API and hardware agnostic, enabling ray tracing to run on most mainstream, contemporary AMD and NVIDIA GPUs. The feature will ship in CRYENGINE in 2020, optimized to take advantage of performance enhancements delivered by the latest generation of graphics cards from all manufacturers and supported APIs like Vulkan and DX12. 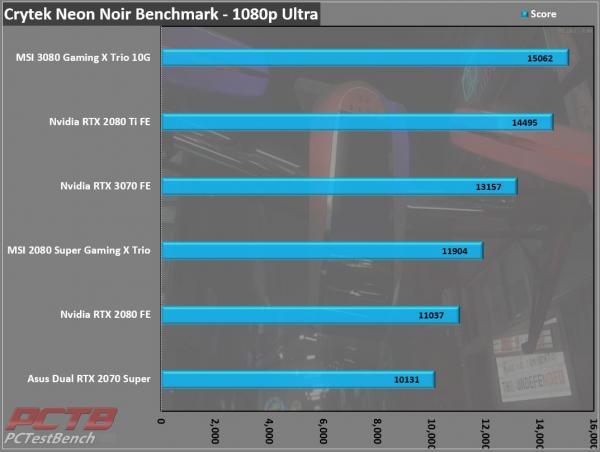 Taking advantage of new features in the DX12 API, the RTX 3070 Founders Edition falls a tiny bit behind the 2080Ti, but far ahead of lower end cards. 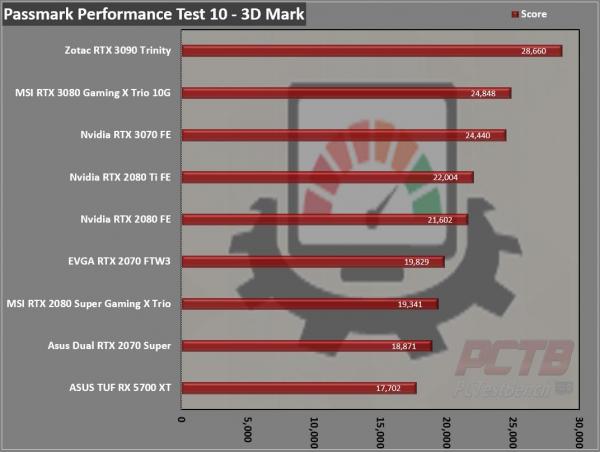 Passmark actually puts the RTX 3070 Founders Edition quite a way ahead of the RTX 2080Ti and close on the heels of the RTX 3080. 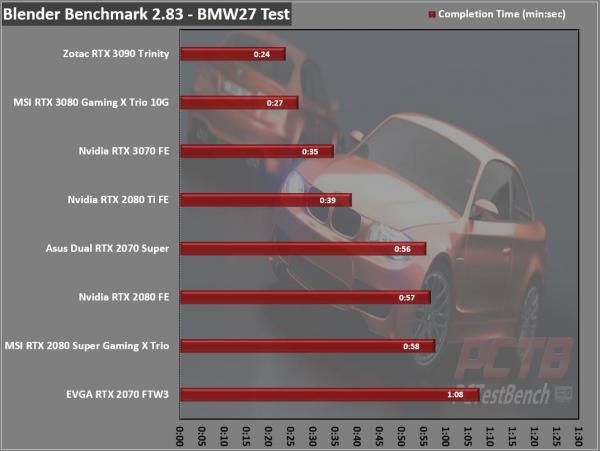 With more and more users multi-tasking into the productivity world, seeing results like this gives us a warm fuzzy feeling.