CPU-Z is a freeware that gathers information on some of the main devices of your system:

CPUz shows us we have a single XMP profile available, running 3600MHz effective at 18-20-20-40 at 1T command rate. This is already pretty decent, but once you remember how dense these modules are, its pretty awesome!

Thaiphoon Burner is the number one solution on the software market to work with SPD firmware of DRAM modules of PC. Thaiphoon Burner provides powerful features for reading, modifying, updating, and reprogramming SPD firmware of SPD EEPROM devices. The program fully supports all popular JEDEC standards for Serial Presence Detects and third-party enhancements, such as NVIDIA EPP and Intel XMP. Comparing to other software Thaiphoon Burner creates the most completed reports for any of the following SDRAM types of DIMM modules: PC SDRAM, DDR SDRAM, DDR2 SDRAM, DDR3 SDRAM, DDR2 FB-DIMM, DDR4 SDRAM, LPDDR3, and LPDDR4. This is achieved due to the universal built-in SPD decoding engine. 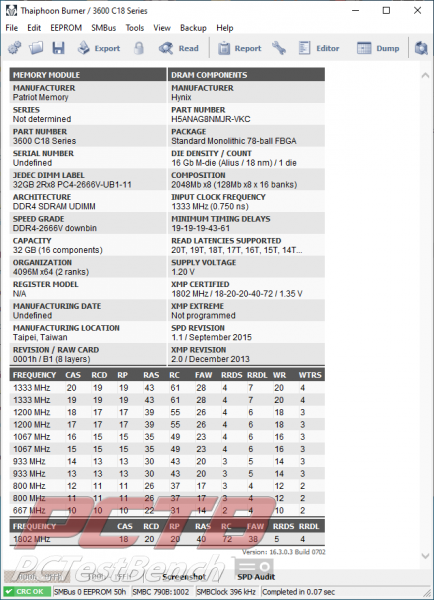 Thaiphoon shows us Patriot is utilizing DRAM modules from Hynix distributed across 2 ranks.

Here is the full readout if you want to look deep into the specs.

The higher density of the 64GB Viper Steel kit manifests as a slightly higher latency for the same speed and CAS latency, but overall bandwidth is pretty similar to other 3600MHz kits.

“Fast, easy to use, PC speed testing, and benchmarking. PassMark Performance Test 10 allows you to objectively benchmark a PC using a variety of different speed tests and compare the results to other computers.” 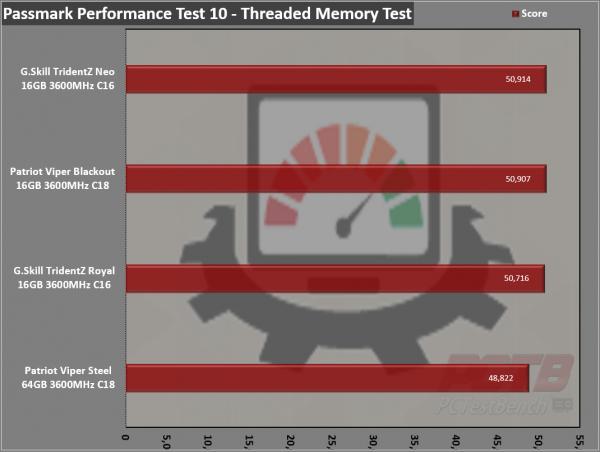 Here again, we see the higher overall latency impacting the score in a small but noticeable way. Given the massive capacity available with this kit, it’s pretty easy to excuse. 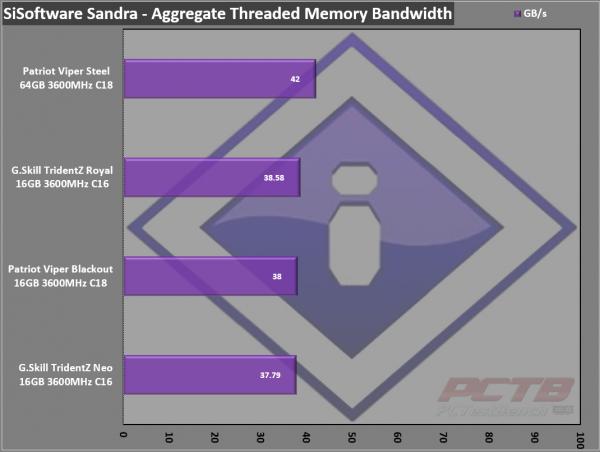 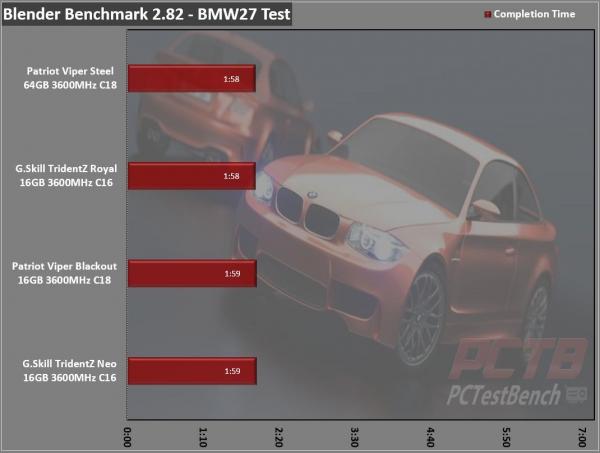 For professional workloads, the raw capacity is going to be the key factor, as long as you have enough. Overall latency doesn’t seem to be much of a factor in this type of workload. 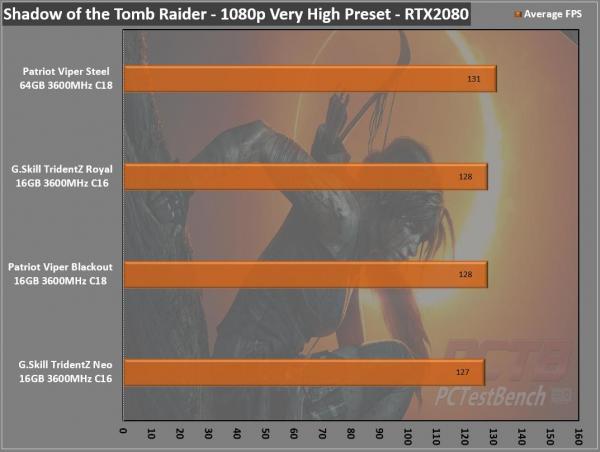 Shadow of Tomb Raider is one of the few games that like extra space and while it doesn’t come close to filling up a 64GB memory kit, it does seem that the near-universally accepted 16GB being “enough for gaming” doesn’t quite hold up here. Granted, 3-4 FPS isn’t much, but to gamers, every frame matters, especially when you are streaming or otherwise multi-tasking.