To test Delta MAX we placed it on our bench as a secondary drive. The specification of our system is as follows:

Before I started running some benchmarks on the drive, I use CrystalDiskInfo to check out some details of the Delta MAX. The first thing we do notice about the Delta MAX is due to the RGB LEDs it does run hotter than other SSD’s. While idle we found that the Delta MAX ran between 48-51C with the drive being warm to the touch. This isn’t something we are concerned with as it’s well within its operating specifications. 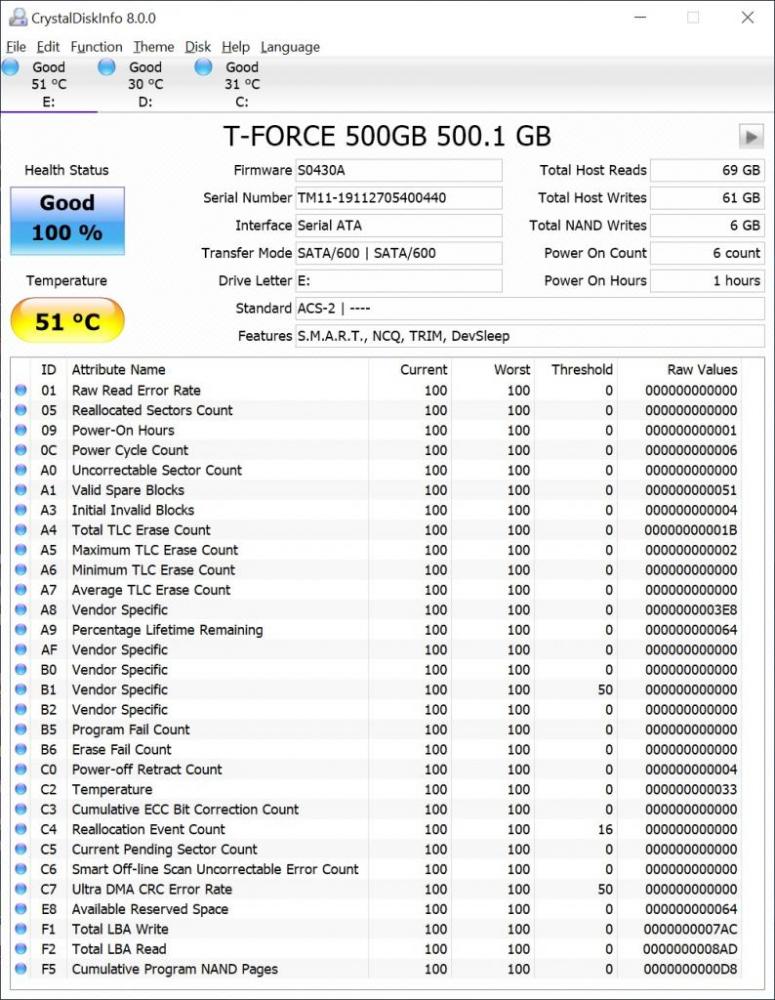 I will be running the drive through various bench-marking applications to see how it fairs under different workloads. These applications include: 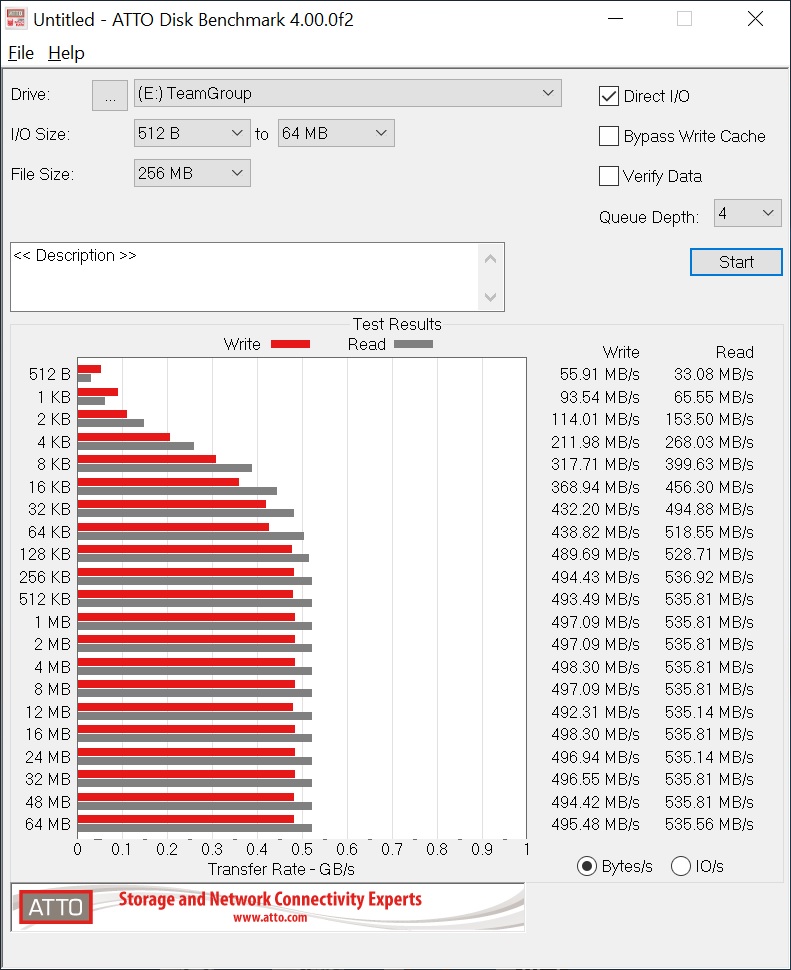 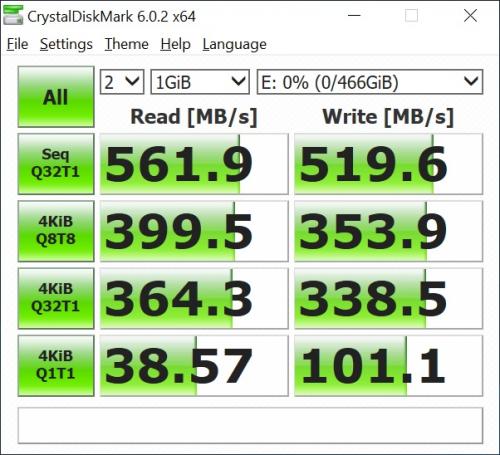 In CrystalDiskMark, the Delta MAX performs as expected with 561MB/s read and 519MB/s write which even exceeds the rated performance. 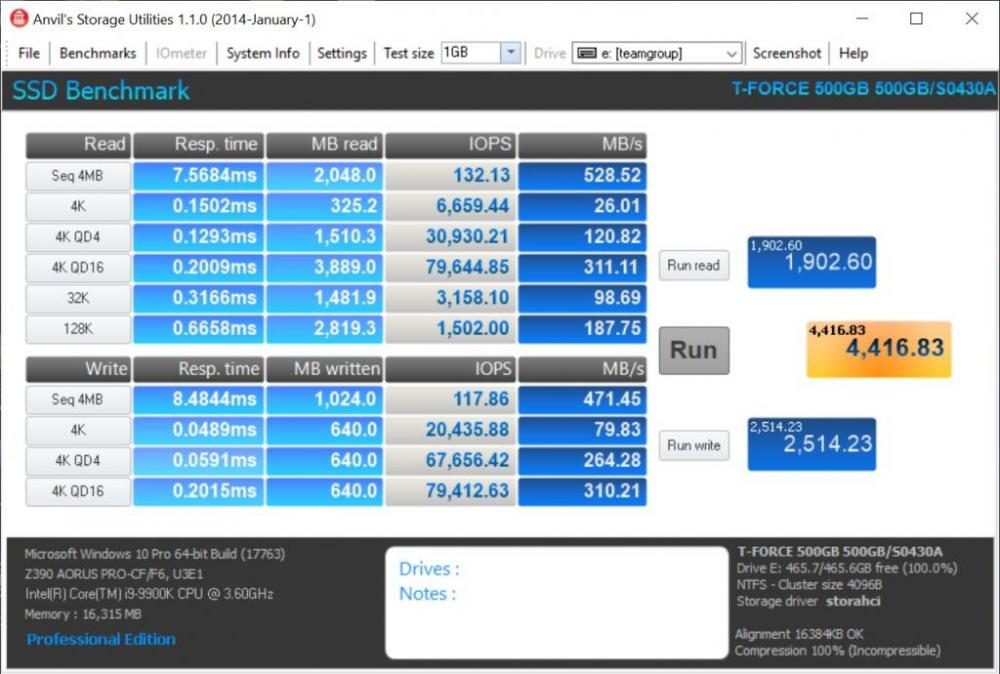 Anvil is showing our sequential read and write speeds and 4K random read and write is a little lower than you would expect but that’s normal for this benchmark. 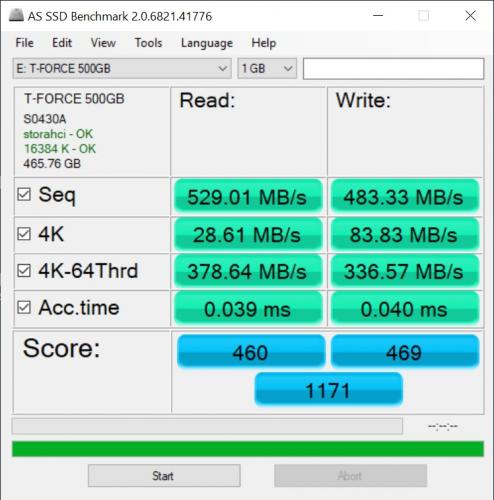 Speeds are right where we expect them to be for this benchmark since like Anvil it also tends to report lower speeds then we see in CrystalDiskMark. 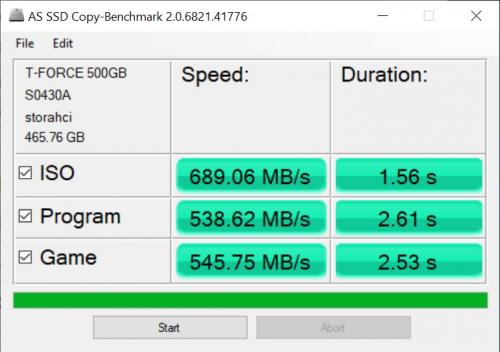 In the second benchmark, we have some impressive numbers, specifically with 689MB/s in the ISO test. Since scores in this benchmark vary wildly on both the high/low side so we choose the more consistent score. 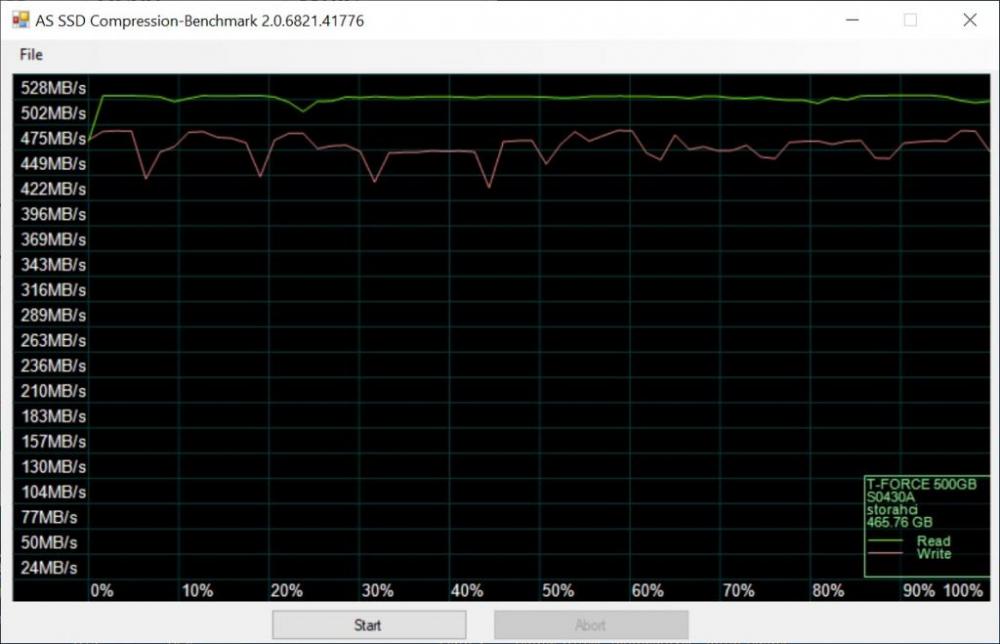 Looking at AS SSD compression benchmark we see a steady read speed of around 528MB/s and write speed between 450MB/s and 485 MB/s.