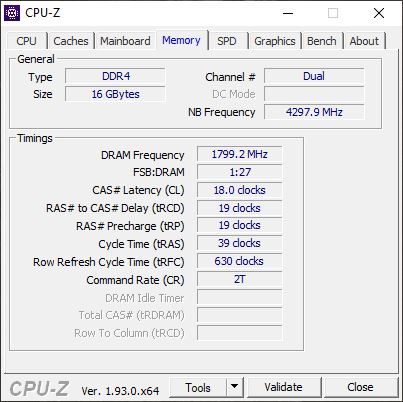 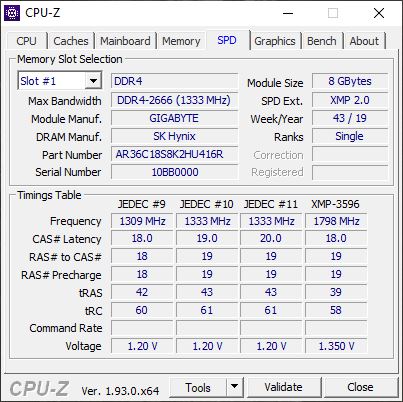 To start overclocking your memory, get into the BIOS of your motherboard and go to the advanced memory settings. I start by slowly bumping up the frequency one step at a time. As our Aorus RGB memory has a base frequency of 3600 MHz, our next step was 3733 Mhz. To validate our benchmark, we generally run 3DMARK Time spy and play some games. However, we recently started using the memory stress test in Intel’s Extreme Tuning Engine. This test allows you to run for hours or even days if you’d like. Between each step during overclocking, I’ll run the test for about 15 minutes. Once I feel I’ve pushed the memory as far as possible, I’ll run the test for an hour. 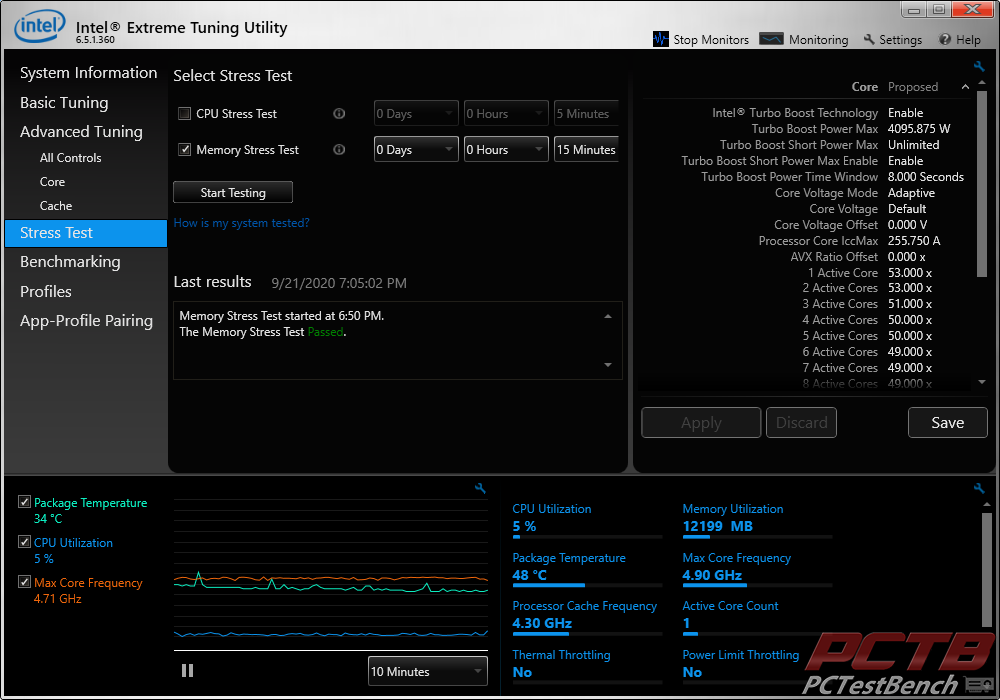 Our kit of Aorus RGB memory was easily able to get to 3733 MHz at its stock settings. We ran the stress test for 15 minutes and it passed. Next, we bumped it up to 3866 Mhz and it passed the stress test. However, the system crashed in 3DMARK Time Spy. So, we went back into the BIOS and bumped up the voltage bit by bit. We ended up stable at 3866 MHz at 1.39 volts. This did bump up the CAS Latency to 20 and the timings to 20-24-24-45. I tried to manually adjust the timings back down, and the system crashed. 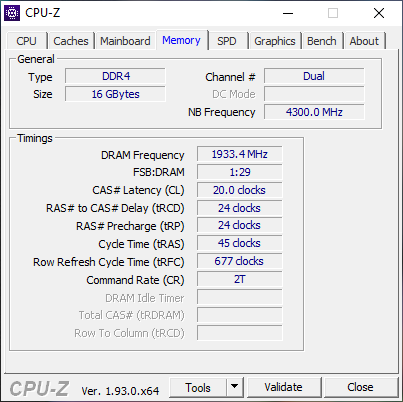