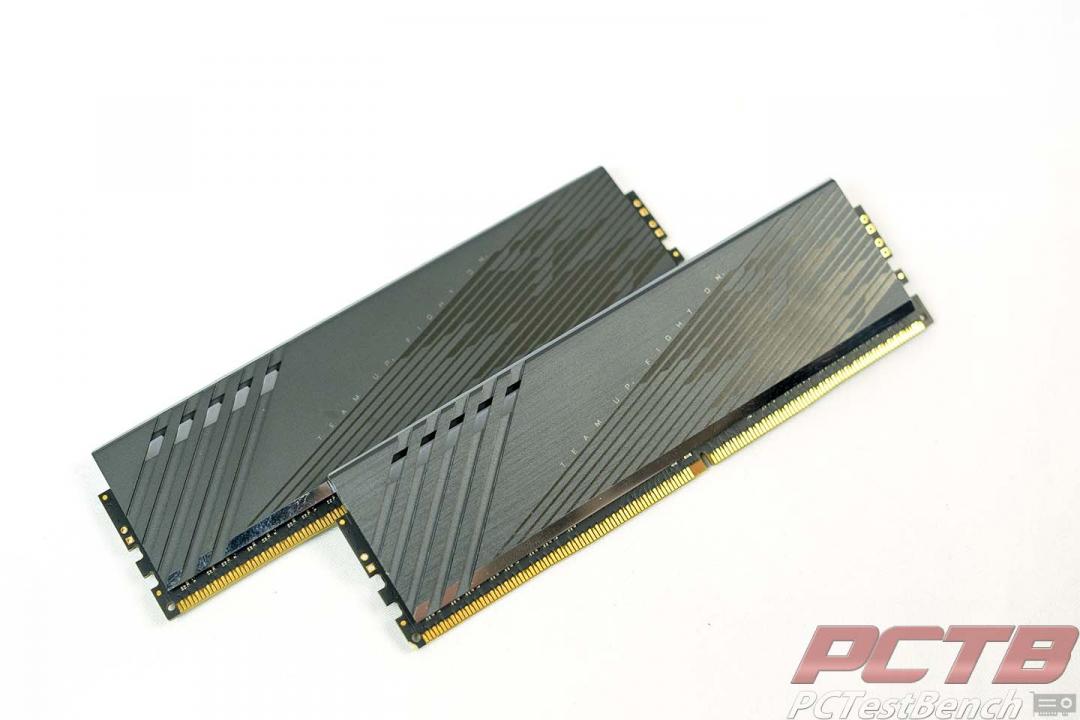 For this and other reviews, we use our standard I9 9900k test bench for testing hardware. As of the time of this review, here is the hardware not the testbench used to test the Aorus RGB memory. 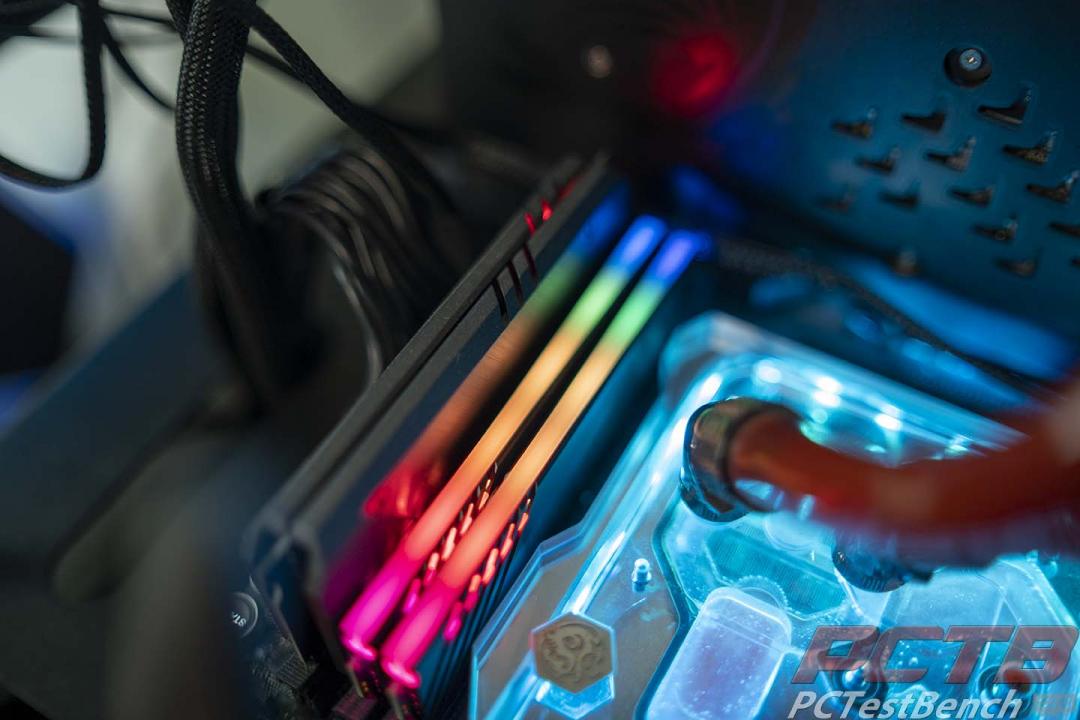 The 7-zip benchmark shows a rating in MIPS (million instructions per second). The rating value is calculated from the measured speed, and it is normalized with the results of Intel Core 2 CPU with the multi-threading option switched off. So, if you have a modern CPU from Intel or AMD, rating values in single-thread mode must be close to real CPU frequency. There are two tests, compression with the LZMA method and decompression with the LZMA method. Once the total passes reach 100, the score is taken. 7-Zip gives the resulting score for decompressing, compressing, and an overall score. 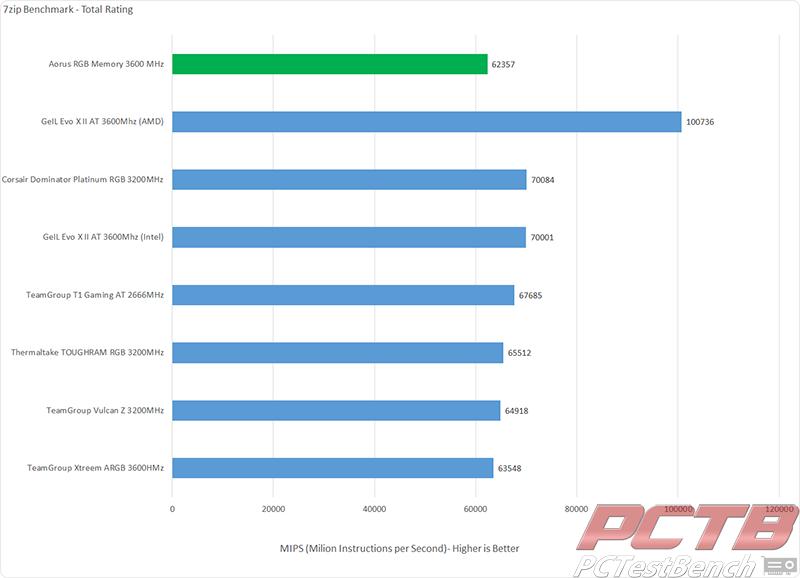 AIDA64 has a set of several 64-bit benchmarks to measure how fast the computer performs various data processing tasks and mathematical calculations. Multi-threaded memory and cache benchmarks are available to analyze system RAM bandwidth and latency. Benchmark pages of AIDA64 Extreme provide several methods to measure system performance. These benchmarks are synthetic, so their results show only the theoretical maximum performance of the system. The AIDA64 suite has various benchmarks for CPU, FPU, GPU, storage, and memory testing. 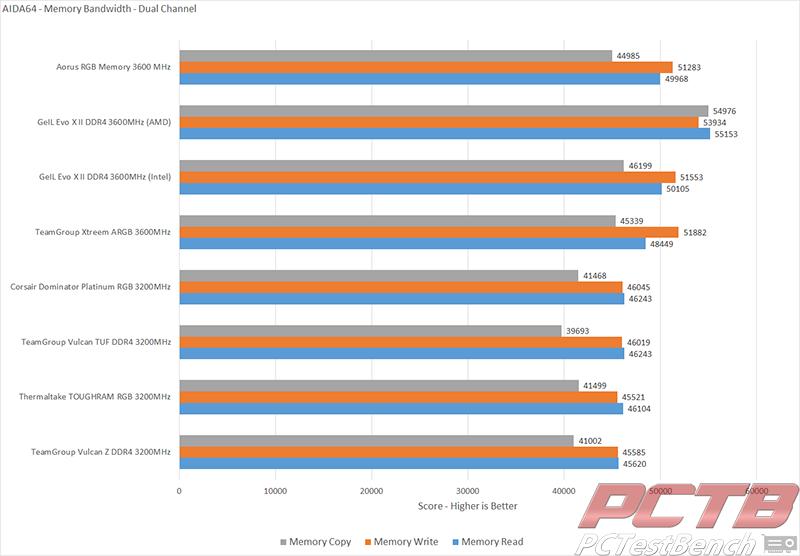 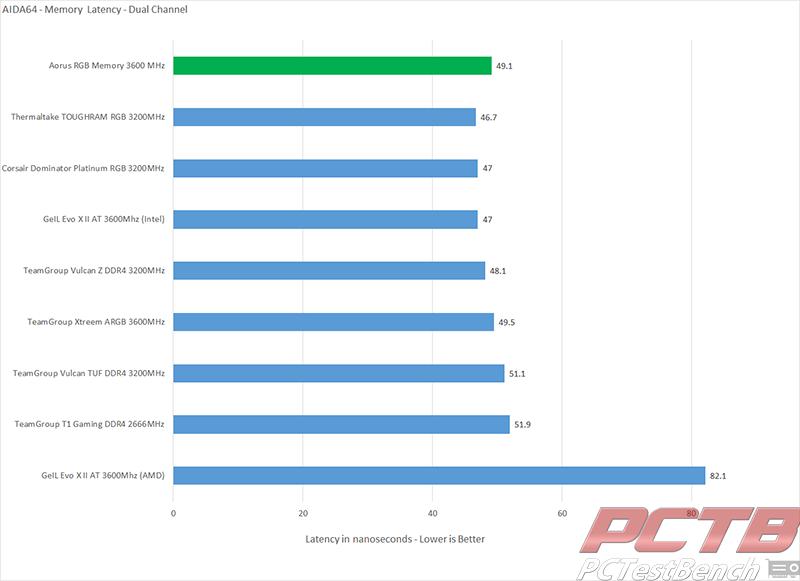 Performance Test 9 is a complete system benchmark that tests every main component of your system. The areas tested are the Disk, Memory, 2D Graphics, 3D Graphics, and CPU. There is also an overall PassMark Rating. However, for the Aorus RGB Memory, we’ll mainly be focusing on the memory mark test, specifically the threaded results. 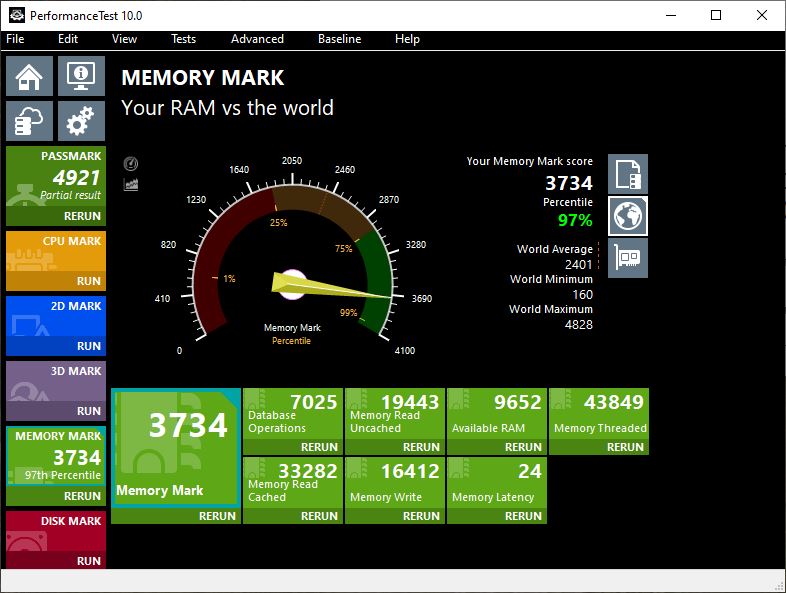 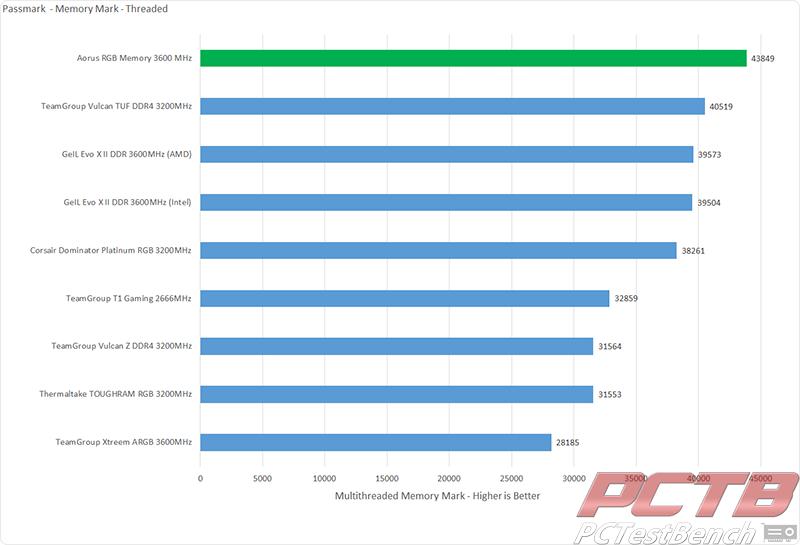 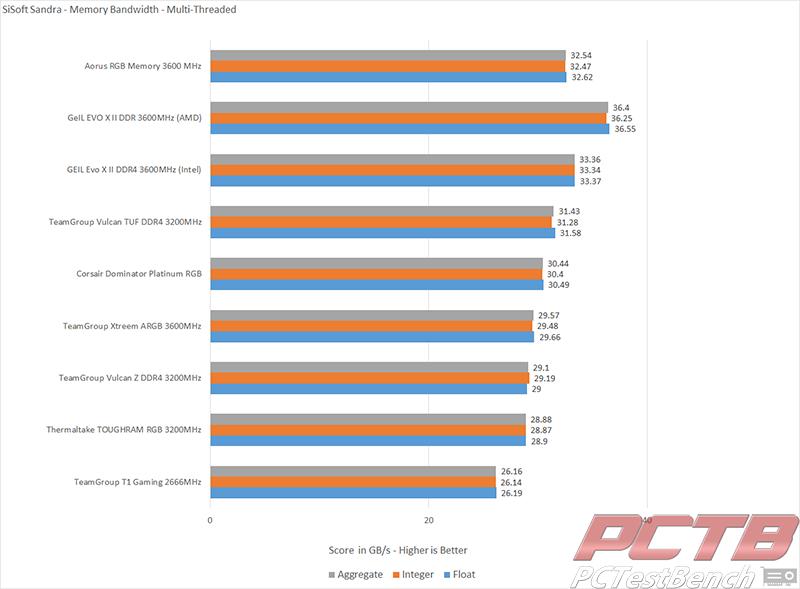 The Si Soft Sandra memory bandwidth tests give three results. These results are The Floating Point score, the Integer score, and the Aggregate score. The results are recorded in GB/s. In testing, the Aorus RGB memory came in third overall out of eight kits of memory. For the Floating-point score, our kit of Aorus RGB Memory averaged 32.62 GB/s. The Integer score was 32.47 GB/s and the Aggregate score was 32.54 GB/s.

“On August 1995, the calculation of pi up to 4,294,960,000 decimal digits was succeeded by using a supercomputer at the University of Tokyo. The program was written by D.Takahashi in collaboration with Dr.Y.Kanada at the computer center. This record should be the current world record. (Details are shown in the windows help.) This record-breaking program was ported to personal computer environments such as Windows NT and Windows 95. In order to calculate 33.55 million digits, it takes 3 days with a Pentium 90 MHz, 40 MB main memory, and 340 MB available storage.” 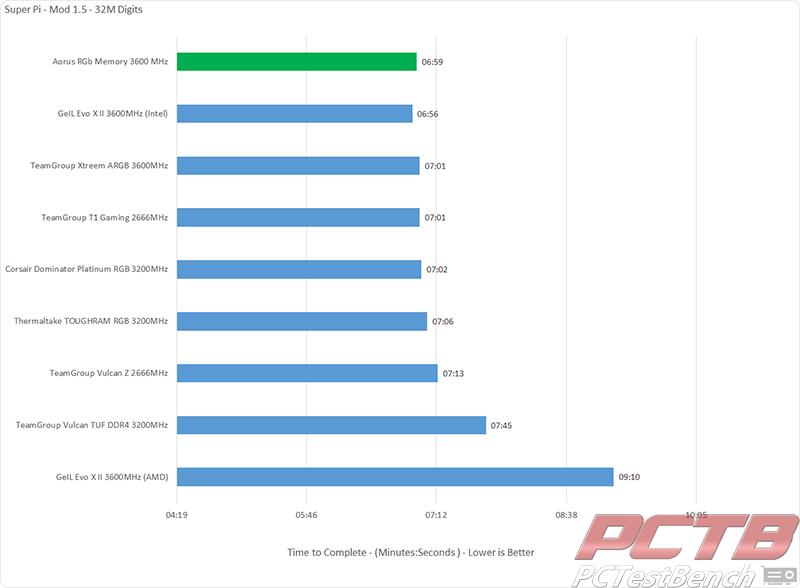