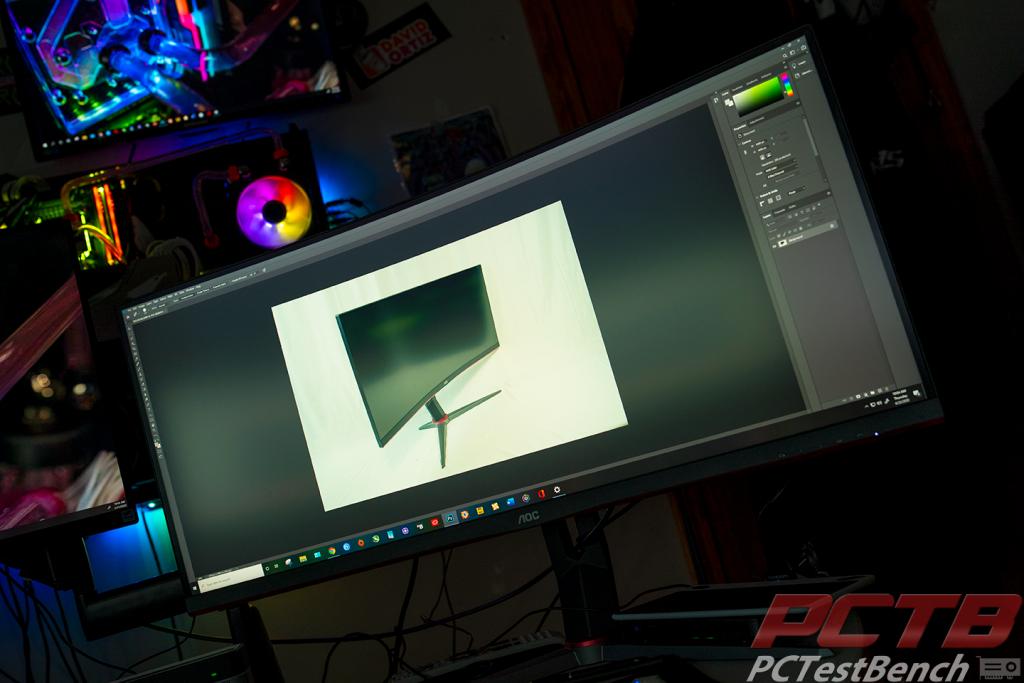 Overall, I can’t say enough good about the CU34G2X from AOC. I’ve owned other ultra-wide monitors before. However, this is the first time I’ve had a 34″ ultra-wide with a 144 Hz refresh rate in my office. I remember now why I originally switched from a triple screen set up to a single ultra-wide. The CU34G2X offers an amazing and immersive gaming experience. The curved screen offers better viewing angles than a flat version would and it just looks better than any flat screen I own. For an 8-it panel, the CU34G2X offers very vivid and bright colors, as well as deep, dark blacks. This makes the CU34G2X a great option for gamers who also do some editing on the side. For a YouTuber who is just uploading twitch streams or talking head videos, the colors on the CU34G2X are more than good enough for editing both video and even stills. Now, if you edit on a more professional level and get into color grading, then this probably isn’t the monitor for you. But again, this is a gaming monitor, not a professional one.

Games ran great on the CU34G2X. The gaming features on this monitor are plenty. One feature I never expected to use was the picture in picture feature. This was a very useful feature, especially when bench-marking. When running benchmarks, I won’t run anything else on that system in case it messes up the benchmark. So, having a picture in picture was great. I had two computers hooked up to the CU34G2X and when I was running benchmarks, I could still watch YouTube or and my benchmark on the same screen. It’s the little things in life. This was my first experience with adaptive sync and I fell in love with it. It is one of those features that you can’t go back to not using once you experience it. When my previous ultra-wide broke, I just couldn’t afford to drop another $1000 on a 34″ ultra-wide. So, I’ve put it off for a very long time. Generally, the features I am personally looking for in an ultra-wide would run between $700 and $1000. But, the MSRP of the CU34G2X from AOC when it officially launches on May 12, 2020, is only USD 449.99. That is an amazing price for the number of features AOC crammed into this 34″ ultra-wide. The CU34G2X is the ultra-wide monitor I have been waiting for for a very long time. Try it out, you won’t be disappointed!