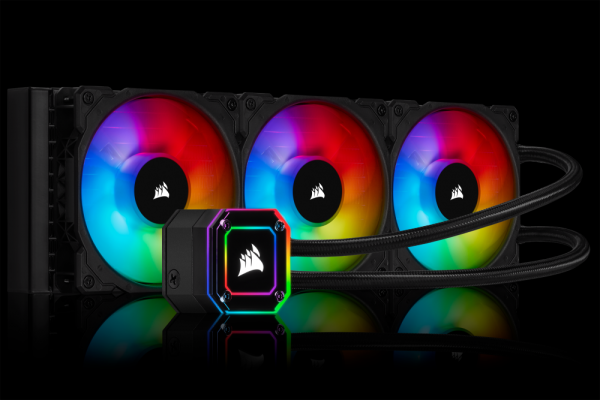 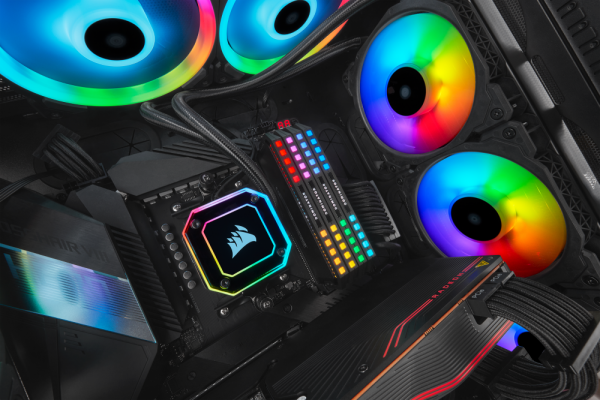 The excellent cooling provided by iCUE ELITE CAPELLIX coolers starts with a high-performance centrifugal pump, delivering a flow rate of up to 0.82L/min while generating less than 20 dBA, for extreme cooling with low noise. A split-flow copper cold plate rapidly absorbs heat from your CPU, while powerful ML RGB Series fans dispel that heat after it is carried to the radiator, utilizing magnetic levitation bearings to spin up to 2,400 RPM with precise PWM control.

iCUE ELITE CAPELLIX coolers offer the brightest, most intense RGB lighting yet seen on a CORSAIR cooler thanks to 33 CAPELLIX LEDs in the pump head. CAPELLIX LEDs shine brighter and use less power than conventional LEDs, so that your cooler delivers eye-popping visuals without sacrificing on performance. Each ML RGB fan also features eight individually addressable LEDs, for a total of 49 LEDs on the H100i and H115i, or 57 LEDs on the H150i. 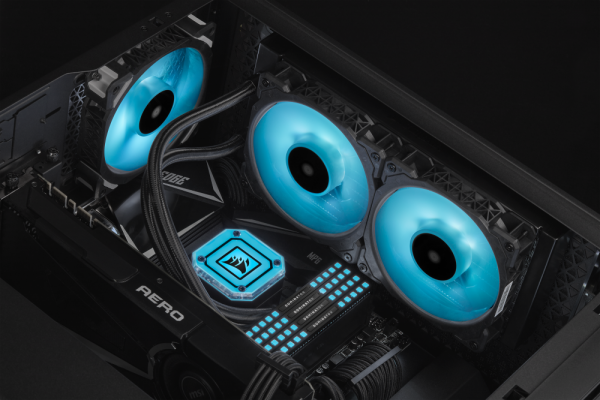 Making setup and installation easier than ever, all three coolers include the new CORSAIR iCUE Commander CORE controller, offering immediate control of your pump speeds, fan speeds, and lighting, and able to fully control lighting and fan speeds via PWM for up to six CORSAIR RGB fans. With the iCUE Commander CORE and CORSAIR iCUE software, you can adjust fan and pump speeds, control and synchronize an iCUE ELITE CAPELLIX cooler’s RGB lighting with all iCUE-compatible devices, and monitor CPU and coolant temperatures, all from a single intuitive interface. When the system is under minimal load, you can also activate Zero RPM mode, eliminating fan noise entirely. 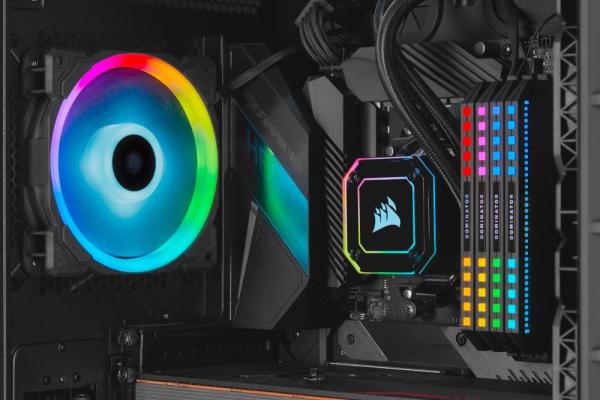 Every iCUE ELITE CAPELLIX cooler includes a modular, tool-free mounting bracket for quick and painless installation on all modern Intel and AMD sockets, including Intel LGA 1200/115x, AMD AM4, and AMD sTRX4. Whether you’re building your next high-performance PC or improving the performance and aesthetics of your current system, CORSAIR iCUE ELITE CAPELLIX coolers will put the spotlight on your cooling.

Founded in 1994, CORSAIR has grown from pioneering the high-performance DRAM market into one of the world’s leading providers of high-performance gaming and streaming products. CORSAIR offers a complete range of products to equip gamers, enthusiasts, and esports athletes, including mechanical keyboards, precision gaming mice, wireless headsets, premium PC components, and the CORSAIR ONE fully-integrated gaming PC. With a company-wide commitment to quality, innovative design, advanced features and high-performance, CORSAIR products have won thousands of media and industry awards, earning their place in gamers’ hands and PCs following years of development and engineering by a team dedicated to building great products that they themselves would want to use.