BIOSTAR proudly announces the launch of its products, to finally be available for purchase in Taiwan for the first time after 34 years of international market dominance.  As a manufacturer of robust and highly reliable PC components for more than three decades, BIOSTAR’s versatile list of products ranging from motherboards, graphics cards, SSDs and IPC have satisfied consumers from around the world catering to gamers and pc enthusiasts alike. 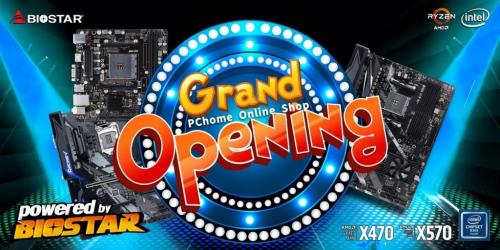 With a great reputation, they gained from years of international business as one of the most reliable, innovative and consumer-friendly brands. BIOSTAR Taiwan today has finally decided that starting from 2020, their products will be readily available to the Taiwanese consumers exclusively sold on the leading e-commerce platform PChome. The first batch of products to be available in the Taiwanese market will be BIOSTAR’s main product line, which is motherboards. The versatility BIOSTAR brings with its line of both Intel and AMD platform motherboards will undoubtedly make them a strong choice for tech consumers in Taiwan when it comes to building those new PCs in the future. 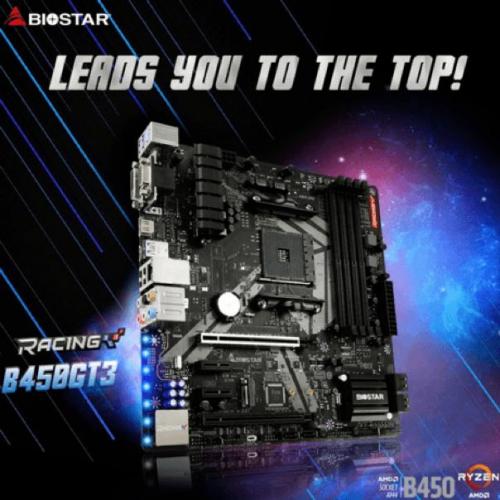 From the AMD platform, the consumers will get the choice to decide on powerful motherboards such as the RACING X570GTA motherboard, which is one of their flagship top of the line motherboards that comes equipped with PCI-E 4.0 Ports with 2x faster bandwidth, secured with the BIOSTAR’s exclusive Iron Slot Protection on the x16 lanes which helps handle heavier graphics cards, prevent bending and extending the longevity of the slots. The motherboard is built to support 4-DIMM DDR4 which can be overclocked at 4000+MHz for an additional boost in performance built to fit all use cases from the hardcore gamers to heavy content creators.

Consumers will also get the choice selecting of BIOSTAR’s RACING B450GT3 motherboard. Built for gamers that require high-performance on a micro-ATX form factor that supports AMD’s Ryzen 3000 Series processors. The RACING B450GT3 motherboard is packed with loads of functions and features that are mostly found in high-end gaming AM4 motherboards and is designed with BIOSTAR’s signature premium black Racing themed PCB style.